Last month it was announced that Rajkummar Rao and Bhumi Pednekar starrer Badhaai Do will be released on Republic Day Weekend in theatres. Today the makers announced that the release of the film has been postponed by a week, therefore averting a box office clash with John Abraham starrer Attack. The film directed by Harshavardhan Kulkarni will now be released in theatres on February 4, 2022. 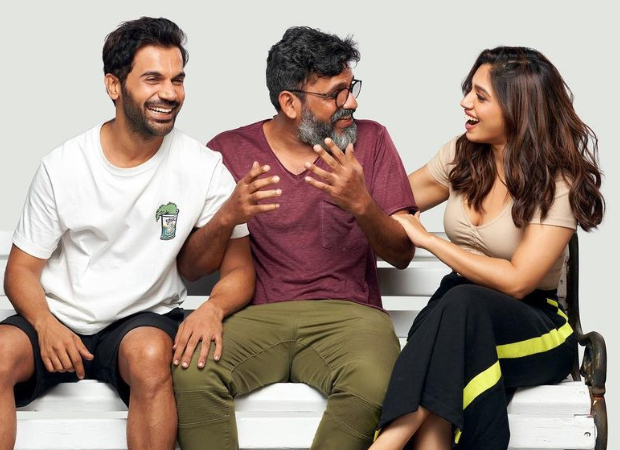 Rajkummar Rao and Bhumi Pednekar starrer Badhaai Do to avert clash with John Abraham’s Attack; to now release on February 4, 2022

The film is a sequel to the National Award-winning film, Badhaai Ho which starred Ayushmann Khurrana and Sanya Malhotra in the lead role. Besides Rajkummar Rao and Bhumi Pednekar, the family entertainer also boasts of an ensemble cast featuring seasoned actors like Seema Pahwa, Sheeba Chadha, Lovleen Mishra, Nitish Pandey, Shashi Bhushan amongst others essaying pivotal roles taking the narrative ahead.

The release date of Badhaai Do has been shifted to 4th February 2022, due to changing release schedules.Badhaai Do now arriving in the month of love and what could be a better way to start the month!@RajkummarRao @bhumipednekar #HarshavardhanKulkarni #AkshatGhildial @sumadhikary pic.twitter.com/MEXSuCgGpR

Sharing the screen space for the first time, Rajkummar and Bhumi will be seen portraying interesting characters they have never played on screen before. While Raj will be essaying the role of a cop in a mahila police thana, Bhumi plays the role of a PT Teacher in the film.

Junglee Pictures’ Badhaai Do is directed by Harshavardhan Kulkarni, written by Akshat Ghildial and Suman Adhikary.

ALSO READ: Rajkummar Rao and Patralekhaa wedding: The wedding veil has a Bengali verse written on it to mark the couple’s special day