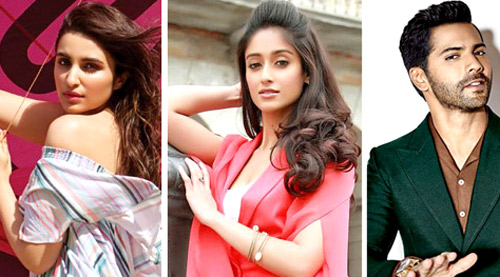 A few days ago, we had reported that David Dhawan and Sajid Nadiadwala were all set to bring back the rib-tickling 90s film Judwaa. The film titled Judwaa 2 will star David's son Varun Dhawan in the lead.

While Varun Dhawan was finalized since they started writing the movie, the team was still casting the lead actresses. Parineeti Chopra was one of the names that have been doing the rounds for quite some time, since the movie was announced. Though the production is yet to confirm it, we now hear that Parineeti Chopra and Ileana D'Cruz have been finalized as the lead actresses for Judwaa 2.

As for Varun Dhawan, this film would be the second time he would be working with his father David Dhawan. They had first worked together in 2014 film, Main Tera Hero, which also starred Ileana. Even Parineeti has starred opposite Varun in a dance number 'Janeman Aah' in his last film Dishoom.