Paramount Studios, who brought the recent Top Gun: Maverick, is being sued for copyright infringement over "Top Gun" by the family of the author whose article inspired the 1986 Tom Cruise film Top Gun. The Israeli-based family claims the studio did not have the rights to Ehud Yonay's 1983 story “Top Guns” when it released the sequel Top Gun: Maverick last month. 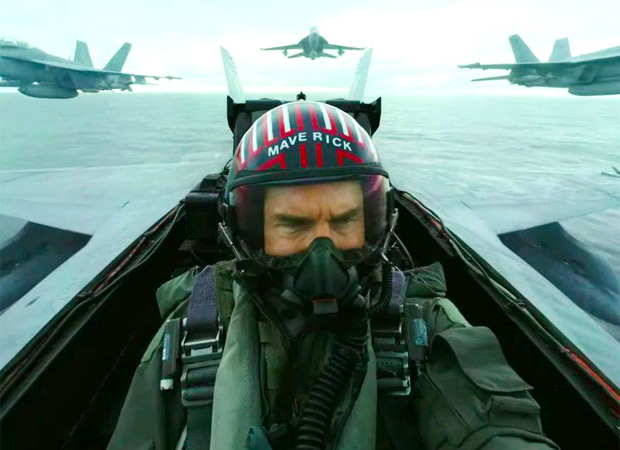 According to Deadline, in a copyright suit filed Monday in California federal court, Shosh Yonay and Yuval Yonay are reportedly seeking unspecified damages from the studio, including profits from Top Gun: Maverick, an injunction to stop screenings and distribution of the May 27-released sequel, and also looking to prevent the studio from distributing it and “further sequels.”

Calling the sequel “derivative,” the Marc Toberoff- and Alex Kozinski-represented Yonays allege that Paramount is “thumbing its nose at the statute” that allows the termination of rights after 35 years.

“These claims are without merit, and we will defend ourselves vigorously,” Paramount said in a statement. As the report cites, in the May 1983 edition of California magazine, Ehud Yonay penned “Top Guns”, about the pilots and program “located in a second-floor cubby of offices at the east end of Hangar One at Miramar.” The piece was optioned ASAP and Yonay was cited in the credits of the first Top Gun.

The Yonays claim that they sent notice to Paramount in January 2018 that they would reclaim the copyright in January 2020, according to a complaint filed in Los Angeles federal court. Maverick started shooting in May 2018. The Yonays also allege that Maverick did not finish production in 2019, prior to the transfer of the copyright, but rather in May 2021.

“Despite the 2022 Sequel clearly having derived from the Story, Paramount consciously failed to secure a new license of film and ancillary rights in the copyrighted Story following the Yonays’ recovery of their U.S. copyright on January 24, 2020,” reads the three-claim, jury trial-demanding civil complaint. “The Yonays contend and Paramount denies that the 2022 Sequel does not qualify for the “prior derivative works exception” under 17 U.S.C. because it was not completed until long after January 24, 2020.”

The sequel sees Maverick return to the Top Gun flying academy as an instructor in charge of training a new generation of pilots. Starring Tom Cruise, the film was initially set for a July 2019 release but faced a string of delays after the Covid-19 pandemic and ultimately opened on May 27, 2022.