Kareena Kapoor Khan and Saif Ali Khan are megastars but the real superstar in the family in Taimur Ali Khan! While it is now established that the paparazzi will follow him everywhere he goes, it is interesting that even the family thinks that he is the REAL star amongst the Pataudis. Taimur’s elder sibling Sara Ali Khan made her debut in 2018 with Simmba and Kedarnath, and has already become the media’s darling! She gave a couple of interviews recently and revealed lots of interesting details about her family, including her little brother Taimur. While talking to Filmfare, she was asked to comment on Taimur being the cynosure of the paps to which he said, “Yes, hands down. He walks out of the house and it makes the news. While we have to work hard for it." 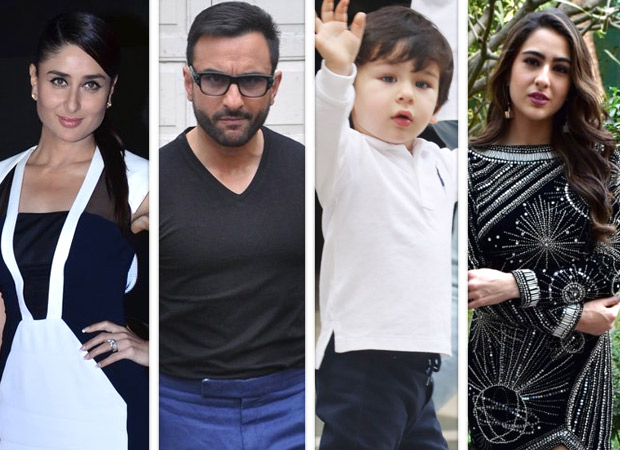 She even commented on how both her brothers Ibrahim and Taimur amaze her with their naughtiness in another interview. She said that their level of naughtiness is different since they are of different ages but the mischievous streak is there and it is pretty endearing. She also can’t wait for Little Tim to grow up and bond with her. That would be fun to watch, the terrific trio of Pataudis!

On work front, Sara has not signed (officially) any new film after her two debuts but there is a chance that she will do an Imtiaz Ali film with her real life crush Kartik Aaryan. After watching her magic on the big screen, we sure wish she signs another film pretty soon!