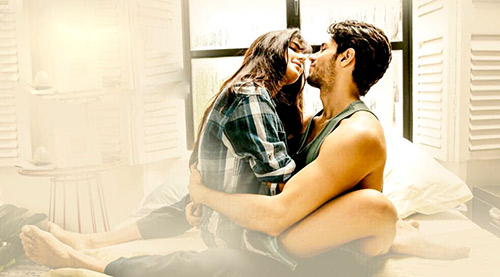 The Sidharth Malhotra-Katrina Kaif starrer Baar Baar Dekho has been granted a 'UA' certificate by the Censor Board Of Film Certification (CBFC). But only after a shot of a brassiere was removed from the film.

An angry member of the Baar Baar Dekho team expostulates, "Are we living in the Victorian era when women's innerwear was never spoken of in public? Years ago in 1995 there was a bra shot featuring Kajol and Shah Rukh Khan. And Baar Baar Dekho is directed by a woman. So the chances of lingerie being used to titillate the audience are nil."

Apparently the censor board refused to certify the film until the "offensive" shot was removed.

Contradictions apart, Baar Baar Dekho has now been certified by the CBFC with a 'UA' certificate, the bra visual and 'Savita Bhabhi' reference duly knocked off.