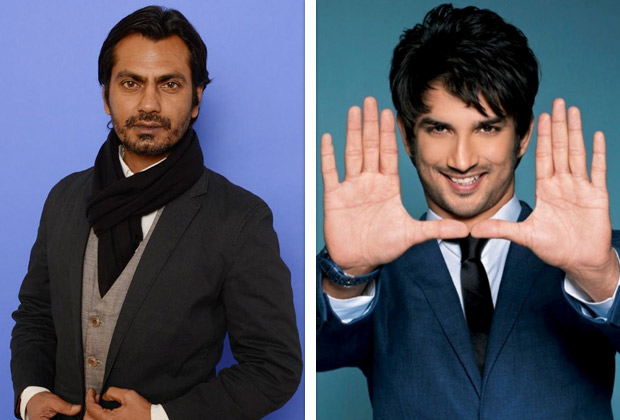 Experimenting with unconventional and versatile roles, Nawazuddin Siddiqui is gearing up for a new character this time - that of an astronaut. Earlier we had reported about a film starring Sushant Singh Rajput based on a space mission, titled Chandamama Door Ke and now, Nawaz has been roped in for the same.

Confirming the developments, Nawazuddin Siddiqui revealed that he is excited about playing a different role this time around too. Claiming that this kind of futuristic cinema has never been attempted in Bollywood before, Nawaz also maintained that there will be intense physical prep for the film - from moving around in astronaut uniforms to dealing with anti-gravity situations. Writer - director Sanjay Puran Singh Chauhan’s ambitious venture Chandamama Door Ke deals with a fictional space program that marks India’s first astronaut landing on the moon in 20018 which in turn also brings about unity in the nation.

Talking about his rapport with Sushant Singh Rajput, Nawaz added that though he has known the actor for a while, they haven’t met in a long time owing to hectic schedules and work commitments. He, however, mentioned that the duo will have a script reading session soon.

Chandamama Door Ke is produced by Viki Rajani and it is being said that some prominent Hollywood technicians who worked with films like Star Trek and Armageddon have been roped in for the film.

Javed Akhtar reveals that in 2016 he had…

Hrithik Roshan and Saif Ali Khan to kick off…