Naagin 4 is one of the most highly anticipated shows of Indian television. Currently shooting for the finale of the fourth season, Naagin 4 stars Nia Sharma, Vijayendra Kumeria with Rashami Desai recently joining the team. After a long break of three months, the team has finally reunited on the sets to shoot for the finale and the producers along with the channel have made sure to provide protective gear to the crew.

While there were reunions on the sets without hugs and handshakes, the actors are still happy to be back to work. According to Ekta Kapoor, the finale of Naagin 4 will be kick-ass and then the makers will move on to Naagin 5 with an entirely new cast. Enjoying the last days on set, Nia Sharma posted a couple of pictures on her Instagram stories where she’s kissing a ‘naagin’ while Vijayendra Kumeria turns photographer for her. 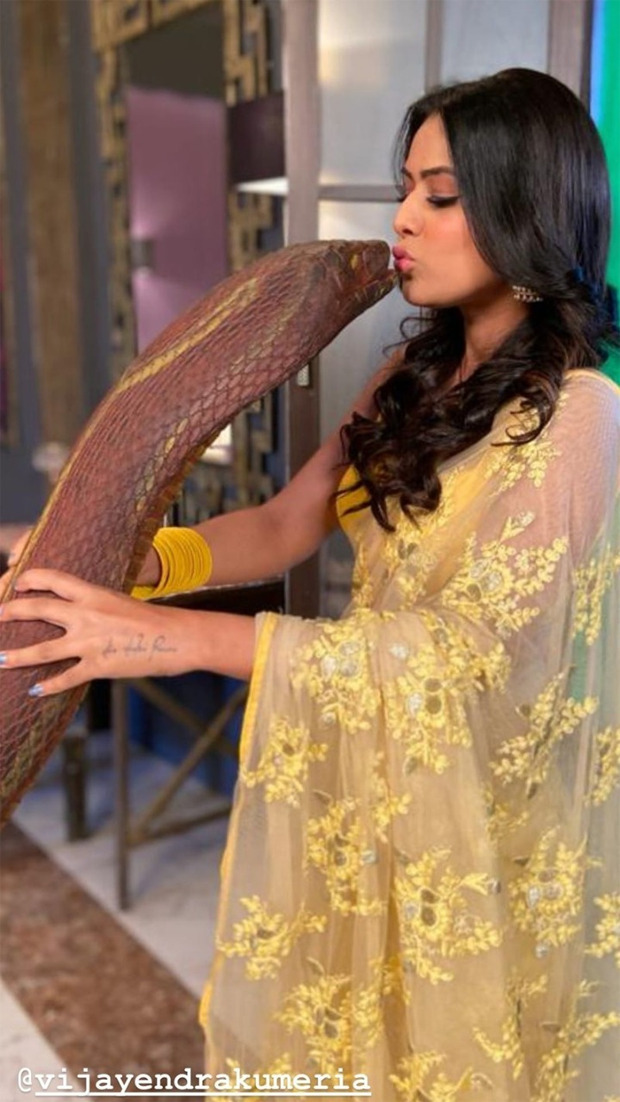 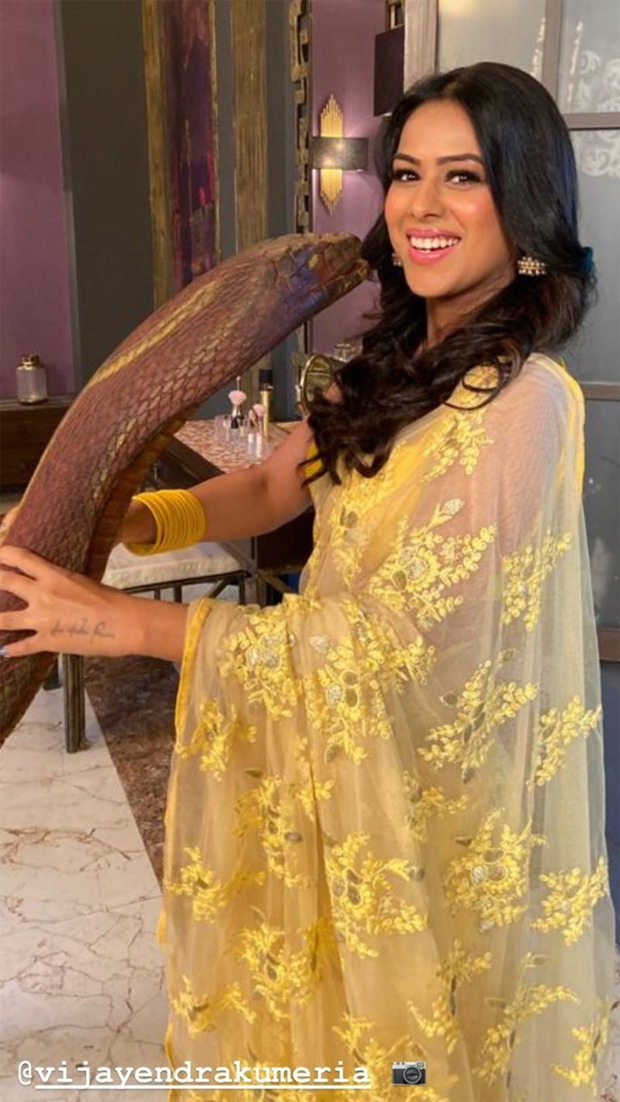 The shows of Colors TV will air fresh episodes from July 6 according to a statement put out by the channel.