The year 2020 is anything but memorable. But, the entertainment kept going whilst most parts of the world were in lockdown amid the coronavirus pandemic. Theatres were shut so TV shows and web series witnessed huge demand. Google has released its year-ender for 2020 revealing which TV and web series were being most searched on their platform. 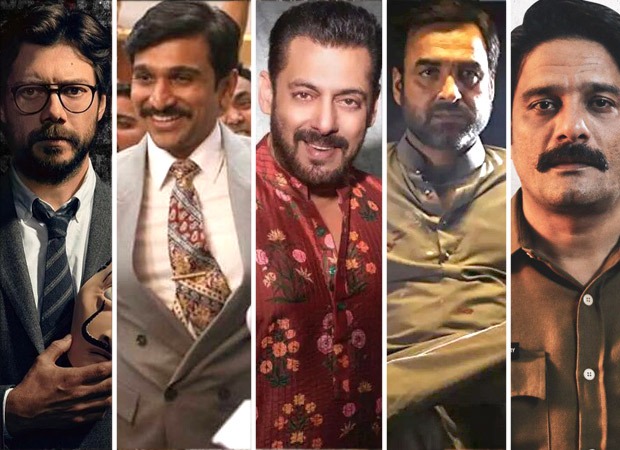 Here's the list of most search TV/Web series in 2020 on Google:

1. Money Heist
The Spanish drama on Netflix has been a huge hit. It follows the story of a criminal mastermind named Professor who plans the biggest heist in recorded history - to print billions of euros in the Royal Mint of Spain and another one in one in the Bank of Spain.

2. Scam 1992: The Harshad Mehta Story
Set in 1980s and 90s Bombay, Scam 1992 follows the life of Harshad Mehta - the infamous “Bachchan of BSE”. It was a rags-to-riches story till financial journalist Sucheta Dalal exposed Harshad as the man behind India's biggest financial scam. ... Harshad eventually died in custody.

3. Bigg Boss 14
The new season of the Salman Khan hosted reality show began in the pandemic which the show being shifted from Lonavala to Mumbai.

4. Mirzapur 2
Set in Mirzapur, the hinterland of North India, season 1 of the crime drama had taken the audiences into a dark, complex world of guns, drugs, and lawlessness.

5. Paatal Lok
It follows the story of a cynical inspector is tasked with investigating a high-profile case that leads him into a dark realm of the underworld. It is produced by Clean Slate Filmz, and stars Jaideep Ahlawat, Gul Panag, Neeraj Kabi, Swastika Mukherjee, Ishwak Singh, and Abhishek Banerjee.

6. Sex Education
The British Netflix series is about a teenage boy who has a sex therapist mother and teams up with a high school classmate to set up an underground sex therapy clinic at school.

8. Dark
The first German original series produced for Netflix, it is a story of a missing child that sets four families on a frantic hunt for answers. Their search for a culprit unearths a small town’s sins and secrets.

10. Special Ops
The show was mounted on an international scale and marked the digital debut of Neeraj Pandey. The espionage thriller is about Himmat Singh and his team who are on a mission to end a nineteen-year long manhunt. 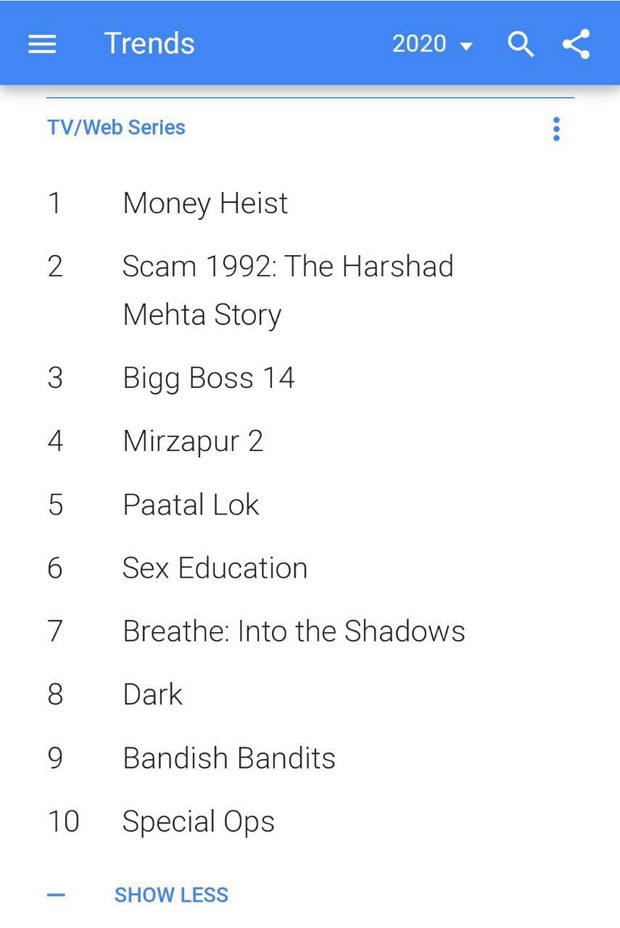 ALSO READ: Mirzapur 2, Money Heist and Aarya are the most tweeted about web series in 2020 in India