Sara Ali Khan and Kartik Aaryan have been shooting for Imtiaz Ali’s Love Aaj Kal 2 since a while now and we have got our hands on more deets on this much awaited project. We have reported before that the movie name has been changed to Aaj Kal and it will have a lot of references to its sequel. Now, it is learnt that Kartik Aaryan will romance not just Sara Ali Khan but two other actresses. Sources close to the film reveal that though Sara will be seen in the major chunk of the film, the other two actresses will also share some screen time with Kartik. 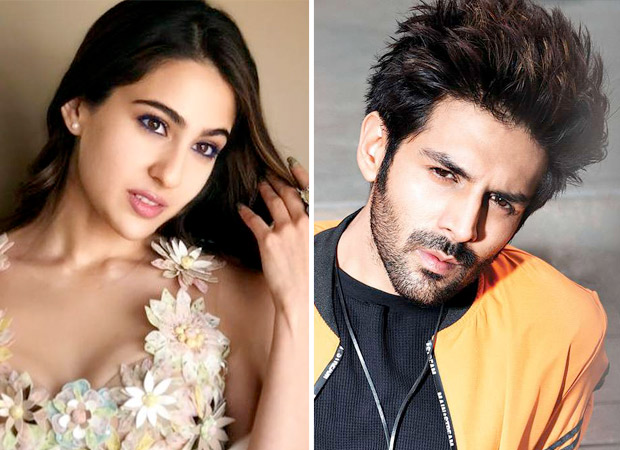 The names of these stars are not revealed but they will be, pretty soon. Also, it is reported that Saif Ali Khan will play Kartik Aaryan’s father in the film. The pictures and videos that are already out from the sets have piqued interest of the masses to a great extend! There is a lot of buzz around this on screen couple as the two have a bit of a history together after Sara admitted that she had a crush on Aaryan in her first Koffee With Karan stint with Saif Ali Khan.

She said that she would love to date him and then media played the cupid and tried bringing the two closer. While there were rumours about Kartik dating Ananya Panday, he promptly signed a film with Sara thus making the junta happy. Stay tuned for more details on this movie!