The India Pavilion at EXPO2020 Dubai is set to host the ‘Media & Entertainment fortnight’ starting March 18th and showcase vast business and investment opportunities across India’s media & entertainment industry to a global audience. 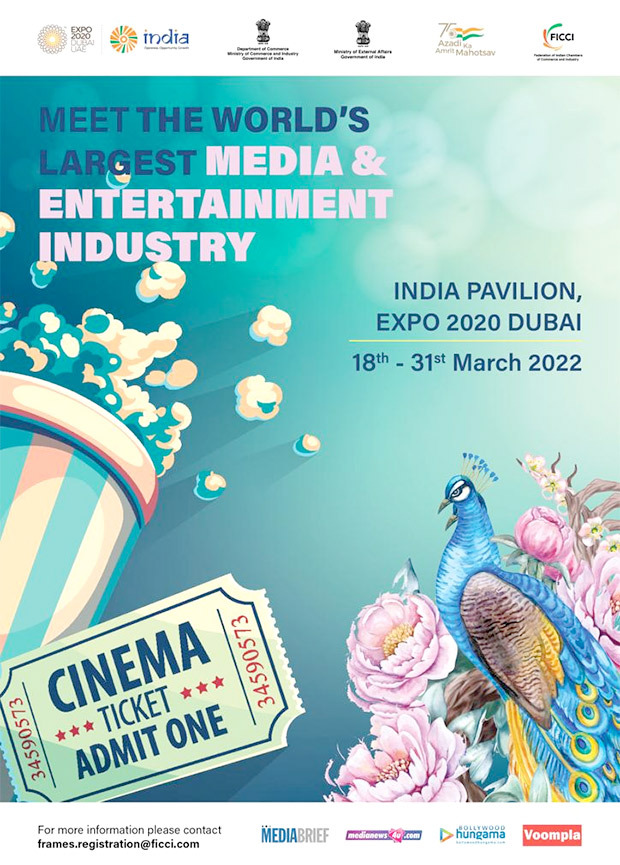 Mr. Apurva Chandra, Secretary, Ministry of Information and Broadcasting (I&B), Government of India will inaugurate the sector floor at the India Pavilion on March 18th. As part of the fortnight, the Ministry of I&B will organize various events covering areas including Animation, Visual Effects, Gaming, Comics (AVGC), Film, Broadcasting, Events, and OTT among others. During the fortnight, India’s prowess in the sector will be showcased to a global audience and discussions on possible collaborations of the Indian industry with their global counterparts would be organized.

The delegation will organize and attend various B2B, G2B and G2G meetings and the start-ups from the sector will showcase their innovative ideas at the Elevate pitching series. There will also be performances by Padamshree Kailash Kher and Kailasha Live on the inaugural day, apart from several other cultural programs planned for the fortnight.

Senior officials from the Ministry of I&B along with industry representatives will participate in various sessions covering emerging themes like opportunities in media start-ups, Indian gaming ecosystem, animation and VFX, content production and creation between India and the UAE, and India as the most favourable shooting destination.

The scale of the Indian market and the Government’s nod to 100% FDI has enabled various global media companies to invest and capitalize on the country’s fast-growing digital consumption. With the view of attracting investments, the M&E delegation at EXPO2020 will showcase opportunities in areas like shared content creation between India and the UAE, and VFX and post-production.

The M&E fortnight will conclude on 31st March. Earlier Salman Khan, Sohail Khan, Ranbir Kapoor, Janhvi Kapoor, Boney Kapoor and Mammootty along with few others have visited the Expo that started in October last year.