A while back it was announced that Hrithik Roshan and Saif Ali Khan would be seen in Vikram Vedha. A remake of the Tamil film by the same name that was released in 2017, the film is said to be a neo-noir action thriller written and directed by Pushkar–Gayathri from a screenplay by Neeraj Pandey. In fact, Hrithik and Saif’s look from the film leaked a while back sending fans into a tizzy. Now with the film nearing its release date, anticipation for the movie is fast building. While Vikram Vedha is slated to hit screens in September end, Bollywood Hungama has learnt that the makers of the film are opting for a more focused promotional campaign. 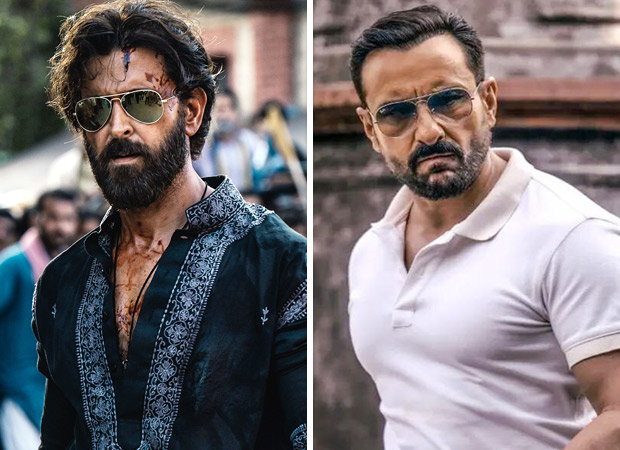 Reveals a well-placed industry source exclusively to Bollywood Hungama, “Instead of a long-drawn-out promotional campaign that spans a couple of months, the makers of Vikram Vedha have opted for a more focussed approach. In fact, they are planning a four-week promotional campaign that will keep it tight, crisp, and to the point. Within these four weeks, the makers plan to go all out across all platforms be it print, digital, on-ground, and outdoor promotions, they are considering everything.” Ask the source for details of when the campaign will start and what it will entail, and the source adds, “The promotional campaign for Vikram Vedha will commence from September 2, or 3 and will continue for four weeks till the release on the film on September 30. As for included in the plan, the promotional campaign will feature some on-ground activities with Hrithik and Saif, along with digital promotions, and social media integration.”

The trailer of the film was screened before shows of recently released films Laal Singh Chaddha and Raksha Bandhan. As for the film itself, besides Hrithik Roshan and Saif Ali Khan, Vikram Vedha also stars Radhika Apte, Rohit Saraf and Sharib Hashmi. Pushkar–Gayathri, who directed the original film, has also helmed the remake.