Bollywood actress Jacqueline Fernandez has been under the scanner of the Enforcement Directorate as a witness in a Rs. 200 crore Money laundering case. There were reports that the prime accused Sukesh Chandrasekhar, who is being investigated for cheating and extortion, was briefly dating the Bollywood star. Last week a picture of Sukesh and Jacqueline had gone viral. Now, Bollywood Hungama has accessed a picture in which Jacqueline can be seen kissing Sukesh in a mirror selfie. 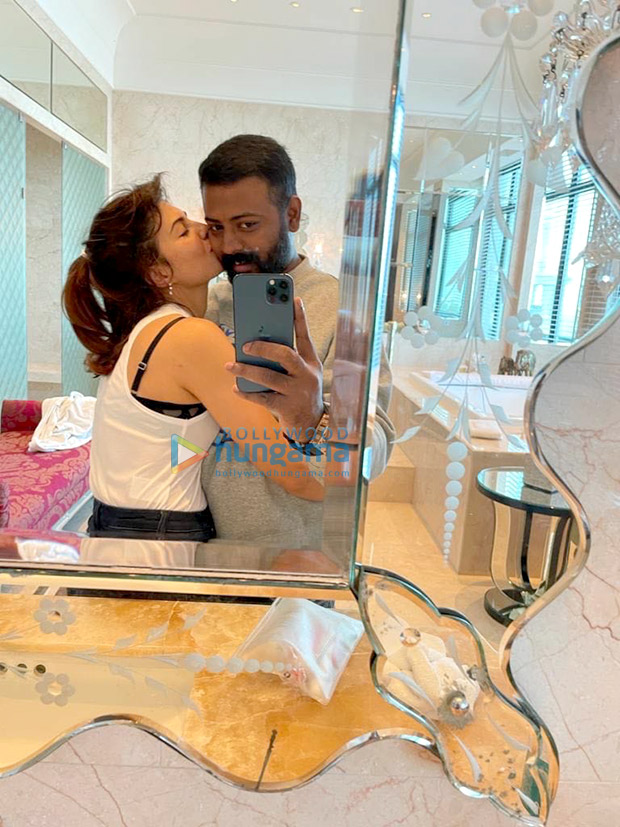 As per reports, ED sources have said that  Sukesh Chandrasekhar had met Jacqueline Fernandez about four times in Chennai and even arranged a private jet for her.

Last month, Jacqueline Fernandez was questioned for seven hours by the Enforcement Directorate (ED) in connection with the Rs 200 crore extortion case involving conman Sukesh Chandrashekhar and his wife, actor Leena Maria Paul. Chandrasekhar's lawyer Anant Malik had earlier claimed that Jacqueline was in a relationship with Sukesh. However, Jacqueline's spokesperson has denied the claim.

In its charge sheet, the Delhi Police has accused Sukesh Chandrashekhar and 13 others of duping the wife of the former promoter of Ranbaxy to the tune of Rs 200 crore. Officials believe Chandrashekhar extorted Rs 200 crore from the complainant by claiming that he would facilitate her husband's release from prison.