Hollywood's action star Dwayne Johnson is re-teaming with Skyscraper director Rawson Marshall Thurber for Netflix film, Red Notice. The actor will go on an adventure with Ryan Reynolds and Gal Gadot. The star cast of the film began shooting on Tuesday, January 21, 2020. 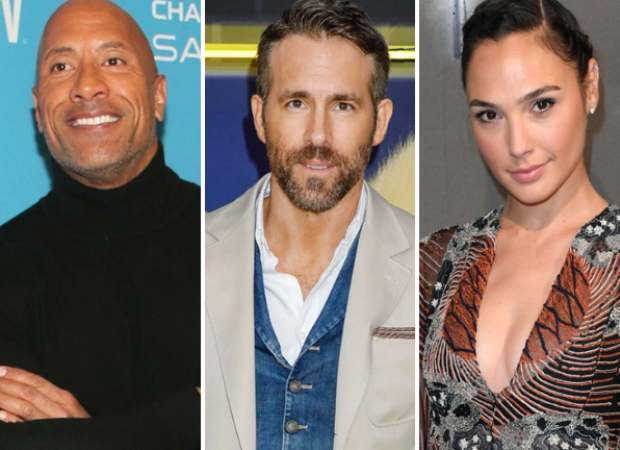 Dwayne Johnson took to Instagram to share a photo of the clapboard from the first day of the shoot. "Day 1 of shooting our RED NOTICE has officially begun for @Netflix. Me and my friends @vancityreynolds and @gal_gadot are on the move. In the world of international crime, an Interpol issued RED NOTICE is a global alert to hunt down and capture the worlds most wanted. The world’s greatest art thief. The world’s greatest tracker. The worlds greatest conman. #REDNOTICE♟???? #Netflix," he captioned the photo.

Red Notice is expected to arrive sometime in 2021.

Meanwhile, Dwayne Johnson is also prepping to portray the role of DC's supervillain, Black Adam, which is set for 2021 release. Gal Gadot is looking forward to the release of Wonder Woman 1983 which is one of the highly anticipated films of 2020. Ryan Reynolds, on the other hand, was last seen in Netflix's 6 Underground. The actor will be next seen in Free Guy.