Disha Parmar and Rahul Vaidya will complete a year of marriage this month and the couple has decided to take a break from their work commitments to ring in their first wedding anniversary. They have taken off to England to bring in their anniversary on July 16. From what we hear, the actress has even taken off a break from her ongoing show Bade Achhe Lagte Hain 2 starring Nakuul Mehta and Shubhaavi Choksey for this vacation. 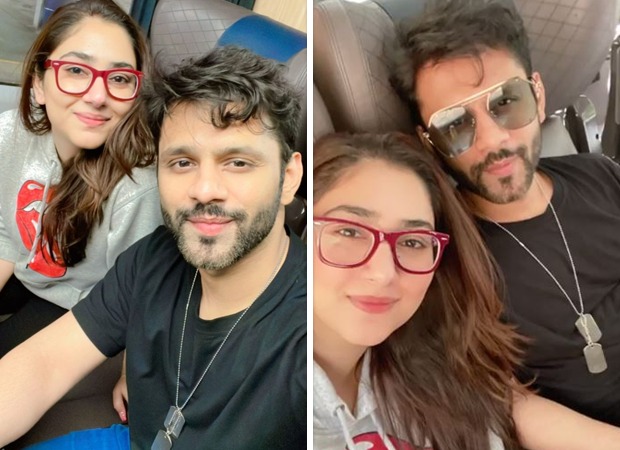 In a recent report by ETimes, Rahul Vaidya has confirmed that they will not be in the city for the next 10 days as they are taking off to London. The couple is said to have flown last night and they have even started sharing photos and videos from their recent trip. Needless to say, the couple has already taken to Instagram to share deets about their vacay. Disha shared a photo of a street from Glasgow, Scotland whereas Rahul shared a couple of videos of the train journey they were seen taking. In the said video, the singer was seen amused by the fact that they were the only travelers on the first class compartment. He went on to joke that he would like to tell people that they have booked the entire compartment for the trip, to which Disha seems to agree.

Disha Parmar and Rahul Vaidya tied the knot last year in a private yet lavish ceremony on July 16 amidst family and friends. The singer had proposed to the actress on national television during his stint on the reality show Bigg Boss, after which the couple also started sharing several photos and videos of them enjoying their time with each other.

On the work front, Disha Parmar is seen playing the lead in Bade Achhe Lagte Hain 2, in which she plays the role of a practical and loving wife Priya whereas Nakuul Mehta plays the role of an emotional, and impulsive husband Ram Kapoor. The show recently took a five year leap and now also stars Aarohi Kumawat as their daughter Pihu.