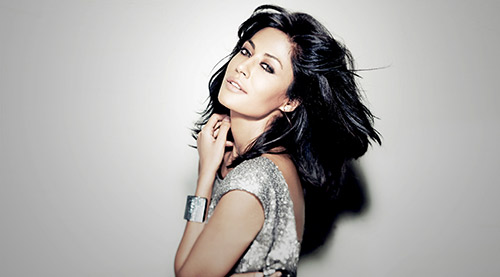 We informed earlier that Chitrangda Singh is starring opposite Nawazuddin Siddiqui in Kushan Nandy's upcoming film Babumoshai Bandookbaaz. The shooting of the film commenced afresh in Lucknow last week after a year of delay but things have not turned out the way it should have and Chitrangda Singh has quit the film.

Apparenty during the shoot, Chitrangda Singh lashed out on director Kushan Nandy over an inappropriate conversation with him. An intimate scene was being shot between Nawazuddin Siddiqui and Chitrangda Singh when Kushan was trying to explain the scene in a rude manner. The much talked about scene required Nawazuddin to pull Chitrangda roughly on the bed and make the intimate scene more believable. But, Kushan wasn't happy with the first take and asked her to get on top of Nawaz.

Chitrangda couldn't take it anymore and she walked out of the set. She lashed out on Kushan Nandy for being insensitive while explaining the intimate scene in a rather outrageous manner in front of the entire unit. The actress took 3 takes to film the scene and apparently walked out of the set in tears. Nawazuddin intervened to sort the issue out but Chitrangda had already made up her mind and decided to officially quit the film.

Though Kushan Nandy hasn't responded to these allegations, a friend close to the filmmaker claims that all these allegations are false. He revealed that Chitrangda continuously argued over the scenes. She wasn't performing well so Kushan like every other filmmaker had to exaggerate the scene a bit to get a good performance out of her. He also accused her of showing tantrums and reporting late on set. It is reported that Chitrangda Singh also had problems with the costumes given to her. She was uncomfortable wearing low-cut blouses and petticoats and had addressed that even poor people have a saree to wrap around their bodies.

In 2014, the first schedule of the film was stopped as the technical and production team were not paid their dues. The film was shot in various parts of West Bengal.

After Chitrangda Singh's exit, it was reported that Swara Bhaskar was approached to play the lead character but she has declined the offer. As of now, Kushan Nandy's Babumoshai Bandookbaaz has no lead actress.