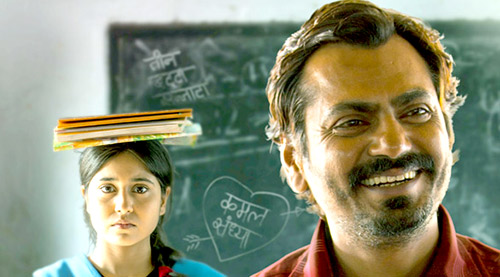 The last few weeks had witnessed the high voltage drama that went behind the release of Anurag Kashyap's controversial drug drama Udta Punjab, which eventually got released last week. Just as when one thought that that CBFC and Anurag Kashyap have now become 'friends' we think that it's time to think again. The reason? Well, Anurag Kashyap, who is not new to the CBFC and their objecting to his films, has now found himself in a tight spot again, courtesy, his upcoming film Haramkhor, starring Nawazuddin Siddiqui.

The CBFC has now reportedly objected to the theme of Haramkhor, which is based on student-teacher romance. The film reportedly shows an illegal relationship between a teacher and a teenage student also has many unhealthy dialogues spoken by the students. After the CBFC refusing to certify the film, the film's makers are now planning to approach FCAT (Film Certification Appellate Tribunal), something that Anurag Kashyap also confirmed. While Anurag Kashyap has produced Haramkhor, it is being directed by Shlok Sharma.

The irony of the situation here is that, on one hand, CBFC has raised objections to the film for the aforementioned reasons; on the other hand, Nawazuddin Siddiqui got honoured with the best actor award for the film at the 15th annual New York Indian Film Festival, where Haramkhor had premiered.