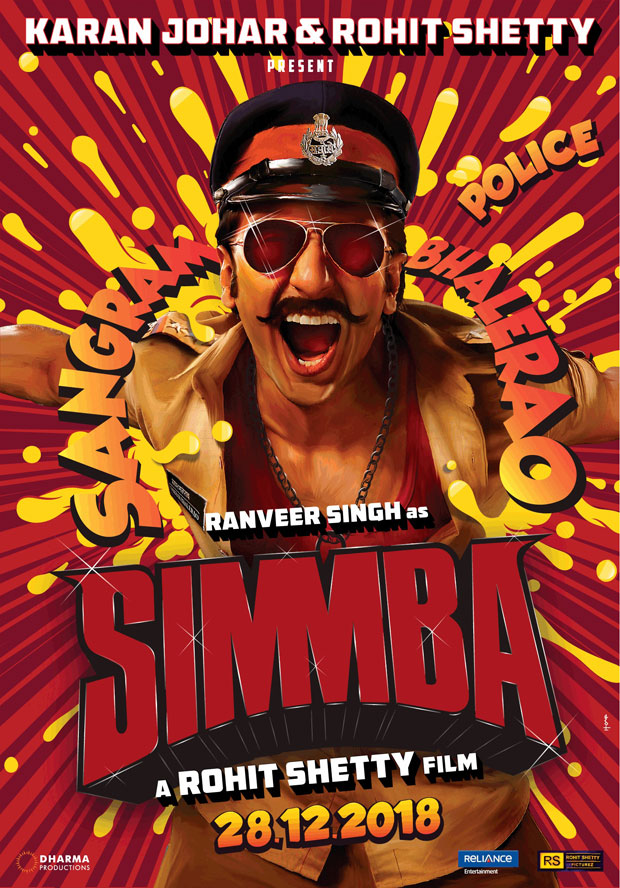 Rohit Shetty is one of the biggest commercial directors of the country while Ranveer Singh is quirky and known for his endless energy and love for masala films. Both came together for the Ching’s Secret ad campaign in 2016 and everybody knew instantly that their professional relationship won’t end with this venture. They’ll surely end up doing a film together looking at the lovely camaraderie that both shared. And as expected, it was soon announced that Rohit Shetty will be remaking the 2015 Telugu film Temper with Ranveer Singh in the lead.

Today, a formal announcement has been made by the makers and it’s sure to make Ranveer Singh and Rohit Shetty fans happy. The film has been titled Simmba and what’s more, Karan Johar’s Dharma Productions will be co-producing it along with Reliance Entertainment and Rohit Shetty Picturez. KJo and Rohit were to work together two years ago on Ram Lakhan remake but sadly, it didn’t work out.

The first look is quite colouful and has a massy vibe. It shows Ranveer Singh as an energetic cop named Sangram Bhalerao. He has a moustache and it might remind one of Ajay Devgn’s Singham look which was also a film made by Rohit Shetty. But the tagline ensures that one won’t remember the honest cop in Singham as Ranveer Singh plays the ‘most notorious cop’ in this flick. The massy avatar suits Ranveer Singh to the T as this is how he’s in real life. Interestingly, in his seven year career, he never really did an all-out masala film, that’s surely his forte. Even when he did pure commercial films like Gunday, his role wasn’t as massy as he is in real life. Simmba is surely his most commercial role till date and it’ll surely make his admirers grin from ear to ear. 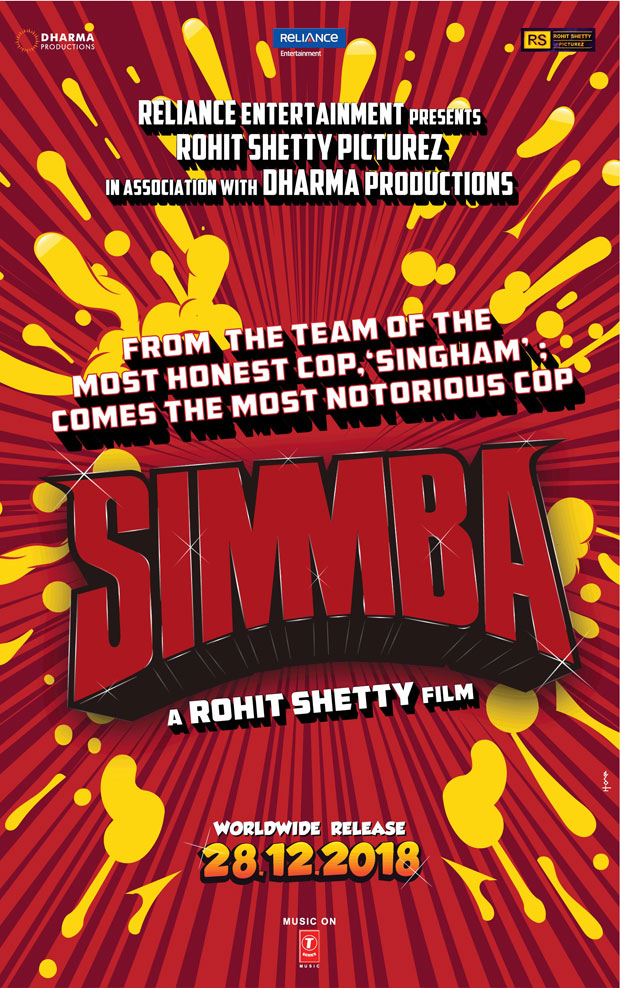 Simmba is all set to release on December 28, 2018, that is, one week after Shah Rukh Khan’s untitled film with Aanand L Rai in which he plays a dwarf. SRK’s film on December 21 will also clash with Kedarnath, starring Sushant Singh Rajput and Sara Ali Khan. Three big films in two weeks will be too much and it remains to be seen how the makers plan screen sharing amicably. This will be interesting since Shah Rukh Khan and Karan Johar are best of friends.