Mani Ratnam is all set to release his much-awaited film, Ponniyin Selvan: Part-1, in cinemas and the excitement is palpable. After all, he’s considered one of the finest filmmakers of Indian cinema. The trend of having crossover films has picked up recently but his films have made a mark in Hindi-speaking markets since the time of Roja (1992). Hence, not just in the Southern markets but Ponniyin Selvan: Part-1 has a chance to excel even in the Hindi belts, when it’ll be released on September 30. 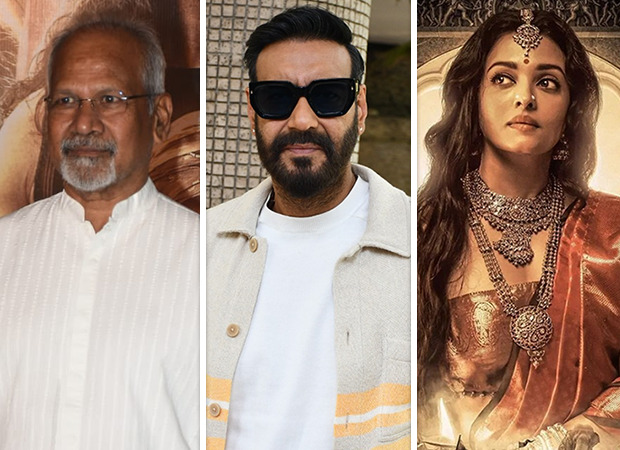 Mani Ratnam along with the cast of his film – Chiyaan Vikram, Aishwarya Rai Bachchan, Jayam Ravi, Karthi, and Trisha – and music composer A R Rahman attended the grand press conference of the film in Mumbai, on September 24. At this event, he revealed that Ajay Devgn has done the narration in the film. He revealed about this and also thanked the versatile star, with whom he had worked before in Yuva (2004). He also thanked Anil Kapoor, for voicing the Hindi dubbed version of the theatrical trailer.

Mani Ratnam said, “PS (Ponniyin Selvan) has been a dream for a very long time, since the time I first read the book during my school days. I neither thought I’d ever get into films nor did I think I'd make it. But it’s always been my calling to be made. It’s so spectacular as a story and as an adventure. Several people had tried to do this before. They couldn’t for various reasons. Maybe they wanted to leave it for me! I am so happy and so glad that I got a chance to make it, that too at this point in time when the technology has improved tremendously. Hence, we were able to make it with a lot more comfort and authenticity. To be able to do it with this kind of cast and crew, with actors who are not just right for the role but also care for the film, is very special. I’d like to thank each one of them. I’d also like to thank the producer (Allirajah Subaskaran) who trusted us and gave us the money to go ahead and make it.”

Mani Ratnam then added, “I have two more people thank. They are from the Hindi film industry. One is Anil Kapoor. It was his voice in the trailer. And the other is Ajay Devgn. It will be his voice in the film.”

Mani Ratnam later revealed his previous attempt in making Ponniyin Selvan more than three decades ago. He said, “This is the film that M G Ramachandran wanted to make. And I thought of making it after my film Nayakan (1987) with Kamal Haasan. We both wanted to do this film. At that time, we had not started casting. We just had Kamal as the hero and we were working on the script. And it didn't materialize because it’s too big. We couldn’t put the whole story into a single film. Also, we couldn’t afford it.”