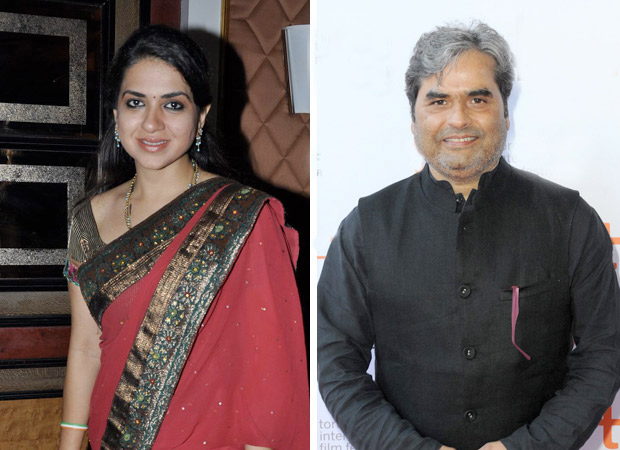 In 2016 Vishal Bhardwaj wrote and Meghna Gulzar directed a highly acclaimed film Talvar which fervently pleaded for the innocence of the Talwar couple Rajesh and Nupur in their daughter Arushi’s murder case.

Now when the honourable court has acquitted the couple, Vishal Bhardwaj has indulged in bit of self-congratulation that has embarrassed and shocked quite a few in the film industry. In an interview Vishal Bhardwaj was quoted as saying, “Mujhe feedback yehi aa raha hai that it has never happened in the history of cinema, where a film could change the opinion of everyone. This is the feeling I'm getting from everyone… verdict se ek baat zaroor tay hoti hai ki film ka bahut deep hai penetration, agar honestly kahein... Ek badi kamaal ki andar ki feeling hai, you're feeling so emotionally liberated today. Ki hum kahin, kisi tareeke se, kisi ke kaam aa sake.”

Clearly then, Bhardwaj claims some credit for the court’s decision to free the Talwars. Shocked a major film producer who has been associated with Bhardwaj in the past says, “It is very arrogant to think that your film is powerful enough to change the judiciary’s mind. Can you imagine, the jury members sitting and watching Talvar before coming to their decision? It is a ridiculously presumptuous thought.”

BJP spokesperson Shaina NC is far more forthright when she says, “I think when it comes to matters pertaining to the judiciary, the film industry needs to exercise more restrain and less exuberance. I think it’s ridiculous to suggest that a film can change the honourable judiciary’s mind-set. If this was so there are so many other films in the past dealing with real-life cases that could have influenced the court’s verdict. There were several highly intelligent and legally informed opinions sitting in on the jury for the Talwars. They didn’t need external promptings to come to their decision. Having said this, I’d like to say the Talwars have suffered immensely. Whatever the reasons for the honourable court’s verdict, we should be happy for this unfortunate couple.”

Filmmaker and industry spokesperson Ashok Pandit also pooh-poohs Vishal Bhardwaj’s suggestion that Talvar was instrumental in freeing the Talwars. “The honourable Judge wouldn’t watch a film before giving his judgment. There were more than 340 hearings in the Arushi case. Every detail has been debated in the courts, as per the chargsheet. Then finally the verdict given as per law, not going by the climax of a film.”

However actor Neeraj Kabi who played Rajesh Talwar in Talvar maintains that the film did influence the judgement in favour of the Talwars. “It was instrumental in putting the case on the fast track,” says Kabi.