Filmmaker and actor Jon Favreau's The Jungle Book was one of the biggest hits of 2016. Now, acclaimed actor and director Andy Serkis has reinvented Rudyard Kipling’s beloved masterpiece as a dark tale of Mowgli: Legend of the Jungle. The film will premiere as Netflix original movie. And guess what? Our Bollywood actors Anil Kapoor, Madhuri Dixit, Kareena Kapoor Khan, Abhishek Bachchan, and Jackie Shroff have lent their voices for the film. 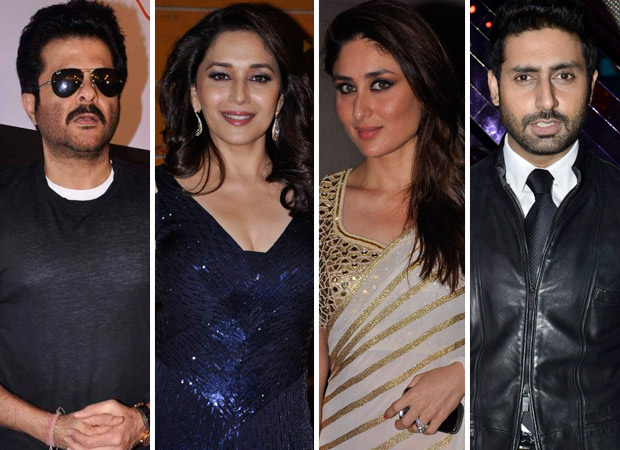 Netflix India, on Tuesday morning, announced the roles Bollywood celebrities will essay in Mowgli: Legend of the Jungle in what seems like the Hindi version of the film. Anil Kapoor will play the role of tenacious mentor Baloo, the bear. Madhuri Dixit will be seen as Nisha, Abhishek plays Bagheera - the black panther, Kareena Kapoor Khan as Kaa - the python and Jackie Shroff as Shere Khan - the tiger in Netflix's version of Mowgli.

The voices of the jungle are calling. Mowgli: Legend of the Jungle on Netflix December 7.

According to the official synopsis, Mowgli: Legend of the Jungle is a story about a boy torn between two worlds accepts his destiny and becomes a legend. Mowgli has never truly belonged in either the wilds of the jungle or the civilized world of man. Now he must navigate the inherent dangers of each on a journey to discover where he truly belongs.

The English version of Mowgli: Legend of the Jungle will feature Rohan Chand as Mowgli, Matthew Rhys as John Lockwood, Freida Pinto as Messua, Christian Bale as Bagheera, Cate Blanchett as Kaa, Benedict Cumberbatch as Shere Khan, Naomie Harris as Nisha, Andy Serkis as Baloo, Peter Mullan as Akela among others.

Director Andy Serkis along with Christian Bale and Freida Pinto will be visiting Mumbai for the world premiere of Mowgli: Legend of the Jungle on November 25. The film will officially premiere on the streaming service from December 7.

Also Read: Slay or Nay: Kareena Kapoor Khan in H&M for a lunch out with cousins