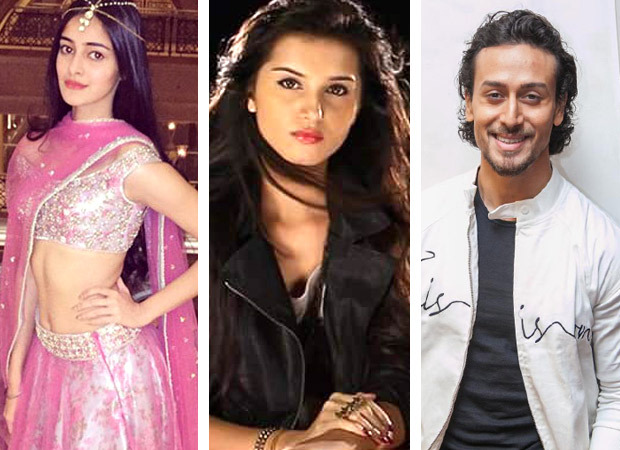 It’s been a year that Karan Johar confirmed that Tiger Shroff is a part of Student Of The Year 2. It was also revealed that there would be two actresses opposite him. But till date, the team has kept mum on who has been cast. Earlier, there were reports that Saif Ali Khan and Amrita Singh’s daughter Sara Ali Khan would make her debut with Student Of The Year 2. But it later came to light that that she is debuting with Kedarnath, opposite Sushant Singh Rajput. Then came the news that Sridevi’s daughter Jahnvi Kapoor would be cast. Last month, the name of Tara Sutaria cropped up as one of the actresses in this sequel.

The latest reports claim that along with Tara Sutaria, it’s Ananya Panday, daughter of actor Chunky Panday, who has bagged Student Of The Year 2. For those who don’t know, the beautiful Ananya Panday has already made waves since she is Shah Rukh Khan’s daughter Suhana Khan’s friend. Suhana has posted lot of pictures with Ananya, many of which went viral. Few months ago, popular stylist and designer Seema Khan, who is also Sohail Khan’s wife, posted a picture of a hot-looking Ananya Panday, wearing a beautiful pink lehenga. Again, the picture got a lot of attention.

The team at Dharma Productions is expected to formally announce the star cast of Student Of The Year 2 in a month or two. It remains to be seen if it’s indeed Tara Sutaria and Ananya Panday who get the role in this much-awaited film.