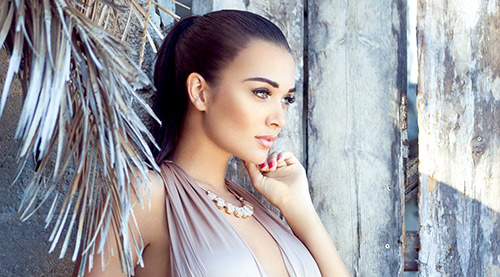 Though her debut in Bollywood did not grab attention, Amy Jackson's second innings in the industry seems to have done wonders for her. From bagging a film with megastar Rajinikanth to walking the Cannes red carpet, Amy Jackson has her hands full. While she is currently holidaying in Ibiza with her girl gang, the actress revealed that her recent appearance at Cannes caught the attention of several filmmakers during the film festival.

Amy Jackson will be seen in a short film directed by Ulosoy Bach, who is a renowned producer. Ulosoy Bach is based in France but owns a production house in Los Angeles, USA. The actress is said to start shooting for the same in August. The film is said to be a love story set at the backdrop of France and will also have two male leads. The untitled project will be taken to several festivals and will also have an online release on social media. Claiming that it will be a different experience altogether, Amy Jackson agreed to do it as she not only believes that it is a lovely script but also because she is fascinated by short films.

SCOOP: Varun Dhawan approached for the…

Sholay to be screened at the 50th edition of…