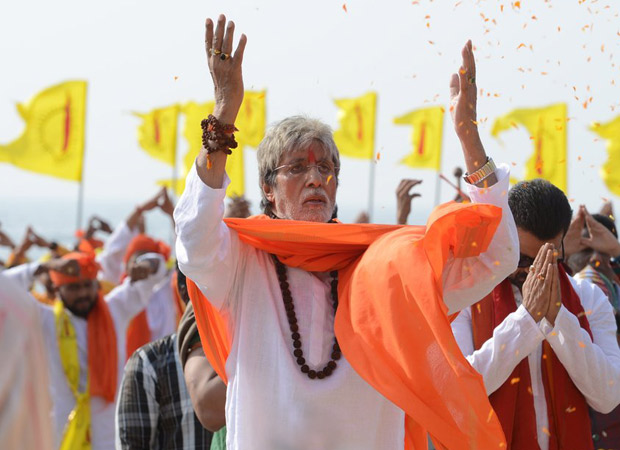 Ever since the time Ram Gopal Varma announced Sarkar 3, which happens to be the next instalment in the cult ‘Sarkar’ series, the film has been making news for many reasons. Ram Gopal Varma recently took to the social media and termed the film as “SARKAR without BACHCHAN is like DOODH without MILK”.

Recently, Amitabh Bachchan and Ram Gopal Varma have decided to show a fifteen minute showreel called ‘Some Moments From Sarkar 3’ to a select few journalists on Monday. While the main motive behind the maverick filmmaker showing the showreel is not yet known, one thing is for sure that the ‘marketing’ of the film has indeed started on a positive note!

Sarkar 3 follows the story of Subhash Nagre with a time leap of ten years. Besides Amitabh Bachchan, the Ram Gopal Varma directed Sarkar 3 also stars Amit Sadh, Yami Gautam, Jackie Shroff and Manoj Bajpayee in the lead roles. The film is slated to release on May 12 this year.