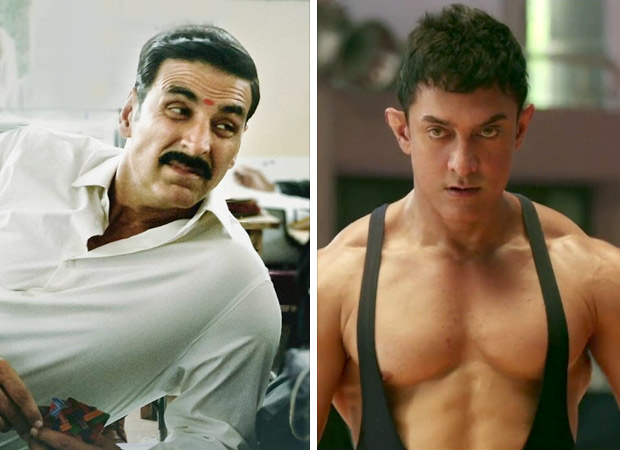 With the massive success in 2016, Akshay Kumar will be ringing in 2017 with satirical courtroom drama Jolly LLB 2. The trailer has been released on digital platforms today and it's going to jolly ride. We have now learned that Jolly LLB 2 trailer will be attached to Aamir Khan's upcoming film Dangal.

According to a source, as Dangal is releasing this week and happens to be the much-awaited film, a simple call was taken and both Aamir Khan and Akshay Kumar were quite fine with that as the trailer will reach wider audience. The source added that the timing couldn’t have been better for Jolly LLB 2 as Dangal releases around 50 days prior to its own arrival at the box office. This will give Akshay the right amount of time to kick start the promotional campaign and then gain leverage from Dangal playing in theaters.

The source further added that both the films cater to the family audiences and have a similar rustic charm to them. While Dangal is set in Haryana and is a biopic, Jolly LLB 2 is a satirical comedy based in Lucknow. Both Aamir and Akshay are playing the ordinary characters who end up doing something extraordinary despite all the constraints. Both films are attached to reality and hence it would be pretty much a smooth viewing for audiences, whether Jolly LLB 2 promo arrives at the beginning or interval of Dangal.

The trailer of Jolly LLB 2 showcases Akshay Kumar as a lawyer who dares to take on the State. Produced by Fox Star Studios and directed by Subhash Kapoor, Jolly LLB 2 stars Huma Qureshi, Annu Kapoor and Saurabh Shukla is slated to release on 10th February 2017.

EXCLUSIVE: A female artist gets injured on…