Aamir Khan and Shah Rukh Khan both have exited the same project. Saare Jahan Se Accha, the biopic on astronaut Rakesh Sharma, was supposed to go on floor this year. Aamir Khan was the first choice for the role but due to unknown reasons, the actor exited the project. He, then, recommended Shah Rukh Khan's name for the film and the actor was on board. But, soon it was revealed that SRK too had left the project due to unforeseen circumstances. 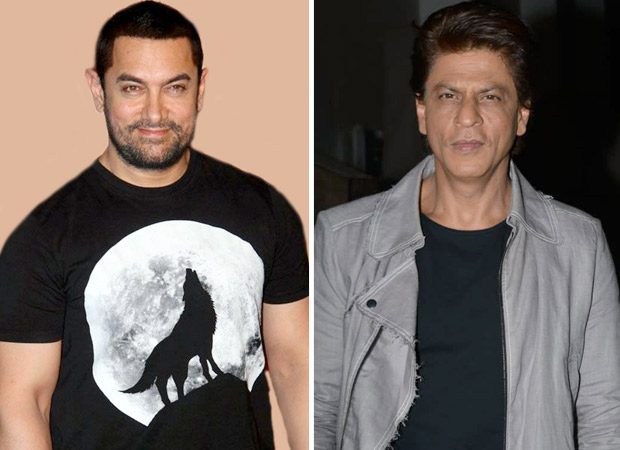 Aamir Khan, on the occasion of his 54th birthday, held a media interaction. When asked about whether he would be interested in starring in Saare Jahan Se Accha if offered again now that Shah Rukh Khan had left the film, he said he is doing another project. While he categorically didn't confirm SRK's exit, he did say, ““Ji.. ji... Abhi toh mai ye kar raha hu.. Lal Singh Chaddha.”

Meanwhile, this morning, Aamir Khan announced that he will be remaking Tom Hanks starrer Forrest Gump in Hindi. It will be called Lal Singh Chaddha and will be helmed by Advait Chandan. It will be co-produced by Aamir Khan Productions and Viacom18 Movies.

ALSO READ: Aamir Khan has NO clue that Kangana Ranaut is angry with him (Read statement)