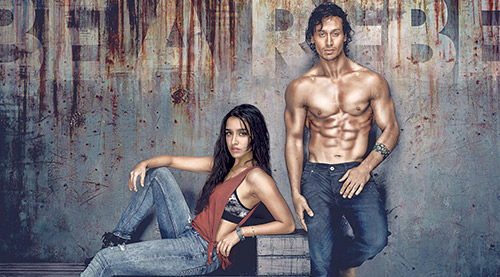 Tiger Shroff's fans would be happy to know that his post-debut film Baaghi which opens on April 29 has been cleared by the Censor Board Of Film Certification with a 'UA'(open to children with parental guidance) with no cuts.

According to sources the censor board was taken up by Tiger's martial-arts skills and wanted to certify the film for all ages. However it was eventually decided that the film should get a 'UA' in spite of its appeal to young viewers.

Says a source, "Several board members felt Tiger's action scenes replicated Bruce Lee and Jackie Chan's art of self-defence and was therefore desirable viewing for non-adults. However, a section of the censor board felt the volume of violence did not justify a 'U' certificate. The film does appeal to kids. But so does The Jungle Book and it has been certified with a 'UA' for its dark tone. It was felt that a 'UA' for Baaghi would serve the purpose of allowing the kids access into the film without the risk of parents reacting strongly to the action scenes."

Producer Sajid Nadiadwala walked away happy with the 'UA' certification. "I've never had any problem with the censor board", he said.