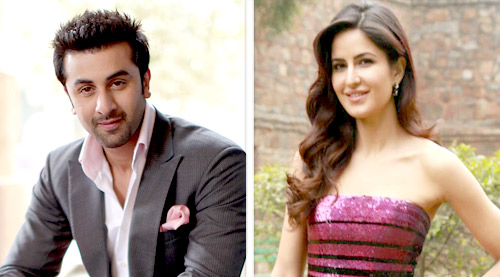 No matter what the film's producers say publicly, the fate of the Ranbir Kapoor-Katrina Kaif starrer Jagga Jasoos hangs in balance.

We now hear UTV; the producers of Jagga Jasoos and director Anurag Basu were locked in a massive showdown for what the producers see as too much outside interference in the project. Says a source in the know, "Jagga Jasoos has been derailed from Day 1. Now with Ranbir and Katrina's break-up the project is even more jeopardized. Anurag was somehow shooting. He took the help of Ayan Mukerji who is the couple's mutual friend, to come on the sets to maintain harmony between them."

The source says producer Siddharth Roy Kapur has taken strong exception to the way Anurag is handling the situation. Says the source, "Anurag cancelled an entire schedule in Morocco and shifted the location to Mumbai on Ayan's advice. This was not appreciated by UTV. Anurag has been told in no uncertain terms that the presence of any outside person on the sets of Jagga Jasoos is not appreciated."

While Ranbir Kapoor and Katrina Kaif are trying to be professional on the sets of Jagga Jasoos, there is nil interaction between them when the camera is off. This, according to sources, is making Anurag Basu's job almost impossible.