K-pop stage-breakers SEVENTEEN announced two additional tour dates for their world tour ‘SEVENTEEN WORLD TOUR [BE THE SUN]’, a day after concluding the series of 7 shows initially planned in Southeast Asia. The performance powerhouse will be returning to the Philippines and Indonesia for additional shows at the Philippine Arena, Bulacan on December 17 and Gelora Bung Karno Madya Stadium, Jakarta on December 28. 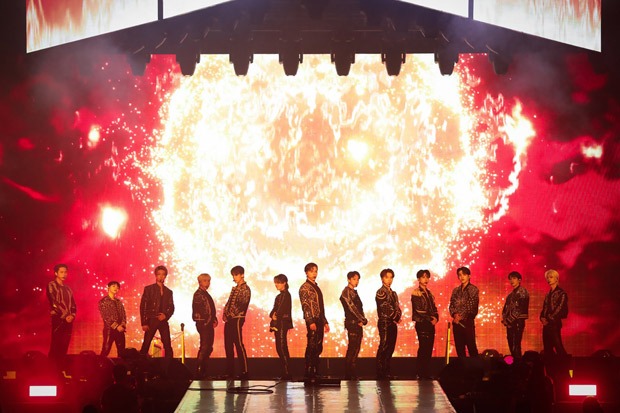 Starting with a show in Jakarta, Indonesia on September 24, SEVENTEEN dazzled audiences across 7 shows in Jakarta, Bangkok, Manila and Singapore with 3 hours of high-octane performances complemented by a touch of humor signature to a SEVENTEEN show.

The 13-piece act delivered a heartfelt message to the fans in the final few moments of their show in Singapore. “It cannot be easy to always send so much love our way with this (physical) distance between us. With that in mind, we are truly grateful for this stage and this day. We will continue to bring the best performances to you, as ‘one team’.” Fan chants led by the band and the fans alike filled the stadium throughout, bringing everyone present together for the quintessential K-pop experience.

SEVENTEEN made their grand return to the concert stage in June this year, with 2 shows in Seoul that were under the spotlight as the largest show in the city with a live audience since the pandemic. Following 12 shows in North America and 7 shows in Southeast Asia, SEVENTEEN will bring their crowd-pulling show to Japan next for a dome tour across Osaka, Tokyo and Aichi through November and December.

ALSO READ: SEVENTEEN triumphantly wraps North American leg of Be The Sun world tour: ‘We are going to work on new music’