The D-Day is just round the corner. Though quite a few films have done well in 2019, one has much bigger expectations from Kalank. A true multi-starrer, it is also the biggest film of the year so far, be it the scale, setting, grandeur or opulence. Though audiences have experienced such larger than life cinema from the likes of Sanjay Leela Bhansali, Karan Johar and Sajid Nadiadwala in the past, from a relatively new director this is indeed a first. 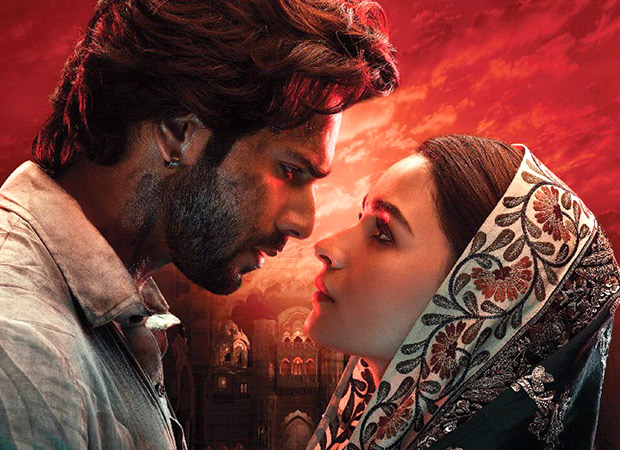 Abhishek Varman had started his directorial journey with 2 States which was more in a realistic urban space. However, Kalank is a period drama set during the partition era and that by itself lends an altogether different look and feel. With the kind of resources at his disposal, both from the budget as well as the cast and technical crew, he couldn't have asked for more.

No wonder, the film with Varun Dhawan, Alia Bhatt, Sonakshi Sinha, Aditya Roy Kapur, Sanjay Dutt and Madhuri Dixit in the lead roles has taken mammoth proportions as it has come closer to the release. Fox Star is ensuring that the film arrives big, which means it would be opening at a huge count of screens (over 3000) with a major chunk of shows reserved for it.

Kalank is seeing a mid-week release and that has its own advantages and disadvantages. While the partial holiday of Mahavir Jayanti on Wednesday should aid the footfalls, Thursday being a regular working day would curtail footfalls during the night shows. Nonetheless, all of that should further balance out due to the fact that there is no other film from the past or present which is in the running, which means all eyes would be on Kalank. If the film indeed manages to justify the hype that is surrounding it then sky could well be the limit.

All of this means that Kalank could well open in the vicinity of Rs. 20 crores, and that number could only go up further if the word of mouth starts spreading in a positive direction.