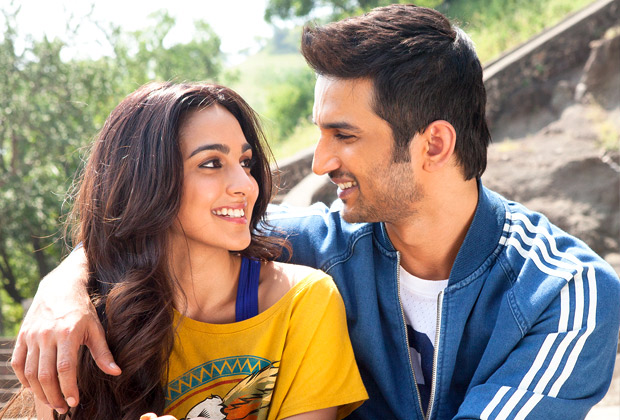 It has been almost 50 days since the release of Rustom and not even a single Bollywood film has done good business at an all-India level. The only new film to have actually succeeded is Pink and that too has been a multiplex hit. The other reasonable success is Happy Bhag Jayegi and that too is due to the costs involved. Otherwise, while big ticket films like Mohenjo Daro, Baar Baar Dekho, A Flying Jatt and Raaz Reboot have flopped, mid-level films like Banjo, Akira and Freaky Ali have not done well either. In such times, it becomes all the more important for M.S. Dhoni - The Untold Story to do well.

Actually if one looks at the content of the film, it appears to be even more massy than a Rustom or an Airlift, both of which are in the Rs. 100 crore club. While a court room drama or a patriotic film set in a foreign land is expected to work mainly in pocket, a film with cricket as a theme with the story of a superstar like Dhoni's story being told appeals in the A, B and the C centers. In fact it won't be wrong to say that other than Sultan and Housefull 3, M.S. Dhoni - The Untold Story is the only out and out massy film to be hitting the screens this year. This pretty much establishes how filmmaking has taken a turn over the years.

Nonetheless, for audience it is time to celebrate because finally there is a film that is expected to appeal in an all-around fashion. Of course, the presence of a superstar actor would have resulted in the Neeraj Pandey film turning out to be an altogether different ballgame. In fact, that would have most definitely ensured an opening day of over Rs. 20 crore. However, right now it appears like the first day would be in the range of Rs. 17-18 crore and even if that were to actually happen, it would actually be the biggest opening ever for a young emerging star like Sushant Singh Rajput.

Fox has surprised many by releasing the film in around 5000 screens and this must definitely be a calculated decision on their end. If the content matches the hype and the word of mouth is positive, there won't be stopping the film till Shivaay and Ae Dil Hai Mushkil release a month later on Diwali.