Superstar Shah Rukh Khan's son Aryan Khan, who is currently in Mumbai after completing his graduation, was arrested by Narcotics Control Bureau (NCB) office on October 3. NCB conducted a raid at an ongoing rave party on Cordelia Cruises' Empress ship in Mumbai on October 2 following which 8 people were detained including Aryan.  After hours of questioning, he was arrested under sections 20 (b), 27, 28 & 29 of the Narcotic Drugs and Psychotropic Substances (NDPS) Act. Along with Aryan Khan, Arbaz Merchant and Munmun Dhamecha were arrested as well. Later in the day, on October 3, Nupur Satija, Ishmeet Singh Chadha, Mohak Jaiswal, Gomit Chopra, and Vikrant Chhokar were also arrested. 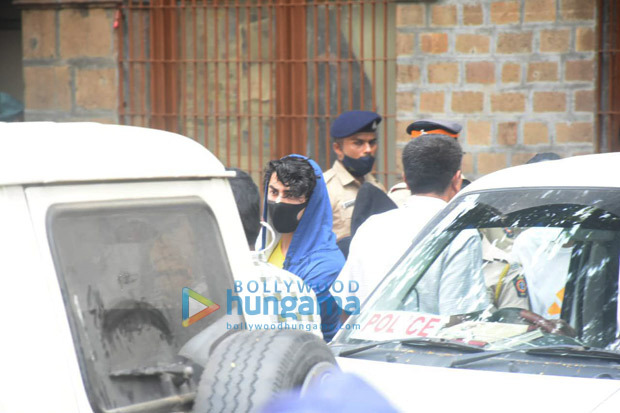 On Monday, October 4, Aryan Khan was seen leaving for medical examination at JJ Hospital along with two other girls who were arrested on Sunday. He was wearing a black mask, a yellow t-shirt, and track pants. He was surrounded by officials. 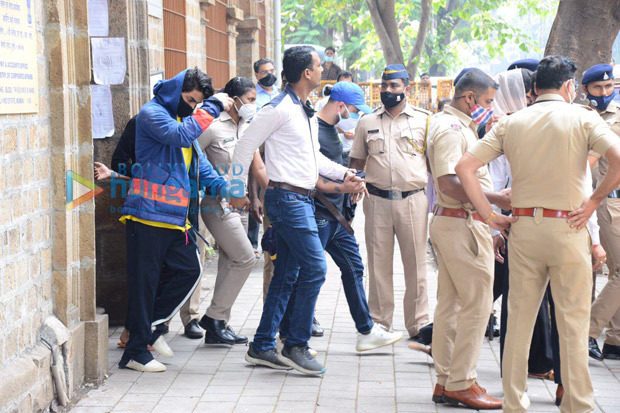 After the arrests were made on Sunday, NCB released an official statement that read, “In a further development in Cr 94/21, the three accused namely Aryan Khan, Arbaz Merchant, and Munmun Dhamecha were arrested today on 03-10-2021 u/s 8 (c) r/w section 20 (b), 27, 28 & 29 of NDPS Act and were produced before the honorable holiday court today after their medical." 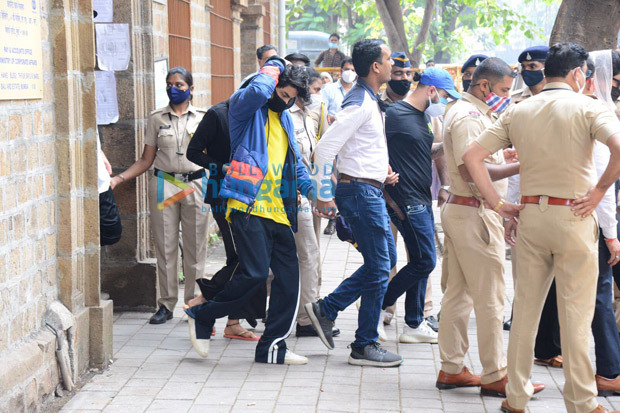 Aryan Khan, and others were present before Killa court on October 3rd evening. The young star kid was represented by senior advocate Satish Maneshinde. As per reports, NCB Counsel sought for a remand until October 5. The court ordered Aryan Khan, Arbaz Merchant and Munmun Dhamecha one-day custody.