Super Bowl 2022 Halftime show will have a truly memorable lineup of performers assembled by Pepsi, the NFL and Roc Nation. The world’s biggest stage at SoFi Stadium in Inglewood, CA on Sunday, Feb. 13, 2022, airing on NBC will be taken over by Dr. Dre, Snoop Dogg, Eminem, Mary J. Blige and Kendrick Lamar. 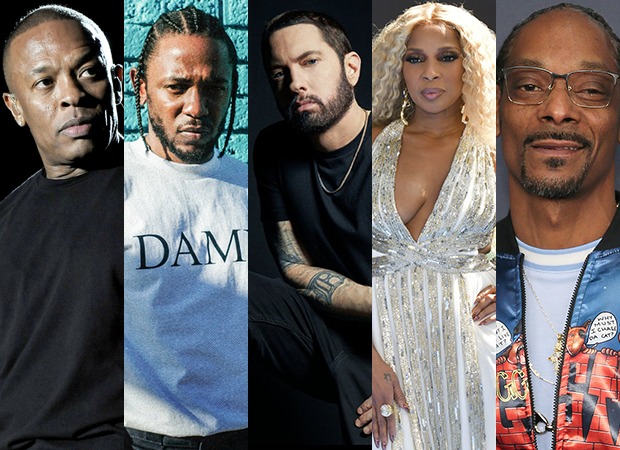 Super Bowl 2022 Halftime show marks the first time these five multi-award-winning artists will perform together on stage. Since Dr. Dre, Snoop and Lamar are native Angelenos, the show holds a special significance for the greater LA community because it will also mark the show being held in LA first time in nearly 30 years. The artists collectively have been awarded 43 Grammys and between them have 22 No. 1 albums on the Billboard 200.

As part of the collaboration around the Super Bowl Halftime show, Pepsi and the NFL have also joined together to support the launch of  a magnet high school in South Los Angeles that is set to open for students next fall as part of the L.A. Unified School District.

According to Variety, Shawn “Jay-Z” Carter said, “On February 13, 2022, at the Super Bowl LVI in Inglewood, CA, in the new SoFi Stadium, Dr. Dre, a musical visionary from Compton, Snoop Dogg, an icon from Long Beach and Kendrick Lamar, a young musical pioneer in his own right, also from Compton, will take center field for a performance of a lifetime. They will be joined by the lyrical genius, Eminem and the timeless Queen, Mary J. Blige. This is the Pepsi Super Bowl Halftime Show. This is history in the making.”

Meanwhile, Todd Kaplan, VP of Marketing, Pepsi said, “Artists like Dr. Dre and Snoop Dogg were at the forefront of the West Coast hip hop revolution, so to be able to bring them back to LA, where it all began alongside Eminem, Mary J. Blige and Kendrick Lamar will prove to be an epic, unforgettable celebration of the impact hip hop has today. The Pepsi Super Bowl Halftime Show has become a landmark cultural moment, bringing about some of the most iconic performances over the years – from JLo and Shakira to Lady Gaga to The Weeknd – and we are thrilled to bring together such an incredible array of talented, record-breaking musicians to put on a performance for the ages.”

Marking the third year of the collaboration, Pepsi, the NFL, and Roc Nation are excited to bring these genre-defining artists together for a larger-than-life performance of hits from their deep collective catalog. Previous artists featured in the collaboration were the Weeknd in 2021 and Jennifer Lopez and Shakira in 2020.

Super Bowl 2022 Halftime Show telecast will be produced by DPS with Roc Nation and Jesse Collins serving as executive producers, and Hamish Hamilton serving as director. Roc Nation is also serving as the strategic entertainment advisors of the live performance.