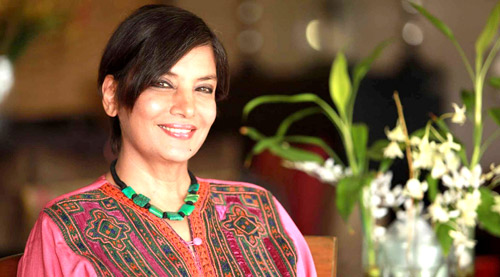 Fawzia introduces herself as "Lesbian, Muslim, Pakistani, actor, activist, writer, producer, lawyer & creature of passion." The film, which seems autobiographical, casts Shabana as a mother who watches television soaps all day long and seems oblivious of the fact that her daughter is a lesbian and in a relationship with Mexican girl who is a wrestler.

Last week Shabana left for Chicago for the shooting.