Bollywood has been at the centre of attention especially on several news channels ever since the unfortunate demise of Sushant Singh Rajput. From nepotism debates to drug probes, several Bollywood celebrities have been pulled up and criticised in the past few months. In a recent interview, Shabana Azmi opened up about Bollywood being shown in a negative light. 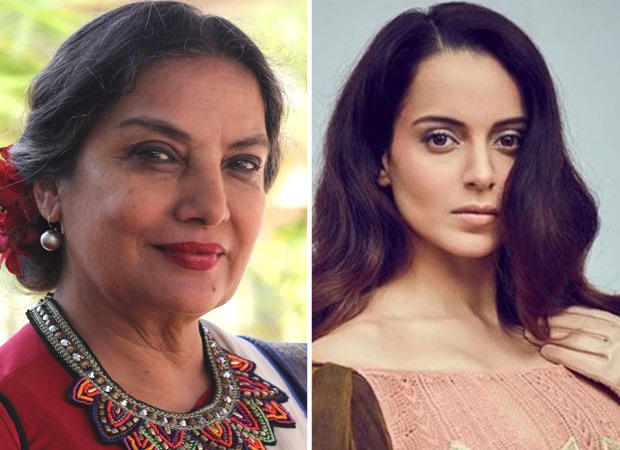 The senior actress feels that the Hindi film industry is a sitting duck and it is easy to hurl malevolent accusations. She said that it is a systematic campaign to divert attention from real issues.

Actress Kangana Ranaut who has been very vocal of her opinion largely against Bollywood has made several controversial headlines in the past few months. Talking about the Queen actress Shabana said that Kangana has started believing in her own myth. The senior actress feels that Kangana fears the day she will no longer be in the headlines and so makes outrageous statements to stay in the news. Azmi hopes that Kangana sticks to doing what she is best at and that is acting.

Talking about why several film celebrities have been silent during the attack on the industry and their colleagues, Azmi said that fear plays a big part. She said that speaking out not only jeopardises one's personal safety but also their film on which huge amounts of money have been spent by the producer. She recalled the time Aamir Khan’s film was not allowed to release in Gujarat after he said that Narmada dam oustees must get relief and rehabilitation. She feels it is not a reflection of the industry's cowardice but a failure of the system that does not protect you while seeking redressal.