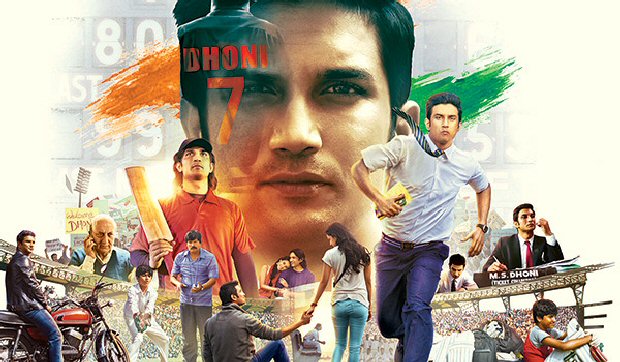 If money talks, then here’s what it says about cricketer M S Dhoni: he is a bigger superstar than even Salman Khan.

Proof of this lies in the fact that satellite rights for the Dhoni biopic (MS Dhoni: The Untold Story) have been sold for a higher price than Salman starrers.

An inside source in the know, spills the beans on the staggering financial arrangements that eventuated in the making of the Dhoni biopic.

Says the source, “Dhoni was given Rs. 45 crores for the movie-making rights to his life and access to personal information, documents and pictures, plus Dhoni’s availability for marketing and promotion of the film. In contrast, Sushant Singh Rajput was paid a mere Rs. 2 crores to play Dhoni. In fact Dhoni’s business manager Arun Pandey received much more money than Sushant. Pandey got Rs. 5 crores .”

This very reliable source places the complete budget of Dhoni: The Untold Story at Rs. 104 crores, and adds that the cost of making the film has already been recovered before the film’s release.

Says the source, “The satellite rights of MS Dhoni: The Untold Story have just been sold for Rs. 55 crores which is Rs. 5 crores more than what a Salman Khan starrer gets for satellite. Another Rs. 20 crores have been recovered through various on-screen endorsements by Sushant Singh Rajput of products that Dhoni endorses. The music rights of the film have been sold at Rs. 5 crores. And the overseas distribution rights have gone for Rs. 10 crores.”

The source adds that the film has recovered another Rs. 10 crores through international remake rights. “A Hollywood studio has bought the remake rights of MS Dhoni: The Untold Story from producer Neeraj Pandey and Fox Star Studios for Rs. 10 crores. The film will be remade in English now. The Hindi version has already been dubbed in three other languages, Tamil, Telugu and Marathi. No matter how you look at it, it’s a win-win project for the makers.”