Sara Ali Khan and her mother Amrita Singh have gotten embroiled in a property dispute. The news is that Amrita Singh and Sara Ali Khan have claimed a sprawling property in Uttarakhand to be theirs after Singh’s maternal uncle Madhusudhan Bimbet passed away this Saturday. A friend of Mr. Bimbet’s claims that neither Amrita Singh nor Sara Ali Khan came to see the ailing uncle once and so their claims that the ownership of the property is rightfully theirs is FALSE. It is alleged that Amrita along with Sara entered the bungalow after the uncle passed away but the caretaker of the property claimed that Mr. Bimbet had ensured that the property is locked and no one enters the same. 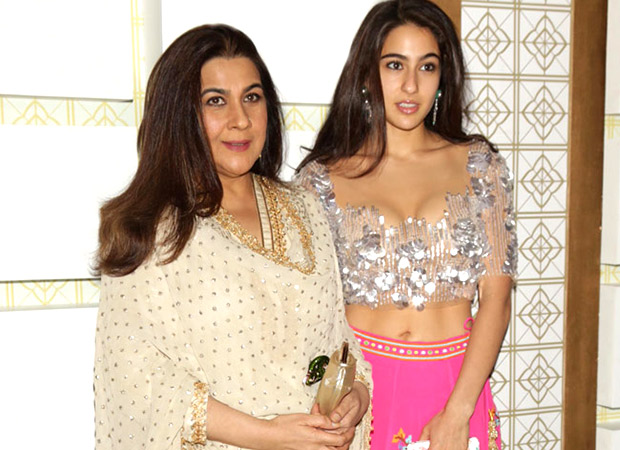 The property is across the outskirts of the town and is stretched across 16,000 square feet area. The bungalow is worth crores now. Amrita Singh has approached the Dehradun police station to further the matter. Only time will tell if the court rules the decision in Singh’s favour or not.

As far as Sara is concerned, she is currently riding high on the success of both her debut films: Kedarnath and Simmba. She has got noticed for her electrifying performances and we will very soon see her in new projects.

Also Read: Throwback Thursday: Sara Ali Khan’s rehearsal for ‘Saat Samundar’ performance at a wedding proves she was meant to be a star