Salman Khan is currently shooting for Dabangg 3 along with Sonakshi Sinha in Maheshwar and well, we have learnt something new about the movie! According to the reports it is touted that Salman will have not one but TWO lead actresses in the film. While Sonakshi will be playing Rajjo in the movie, there is going to be one more actress who will be seen in the part where Salman is playing his younger version. More details on this are not available nor is this detail confirmed but by the looks of it, there will be yet another face sharing screen space with Salman in the movie. 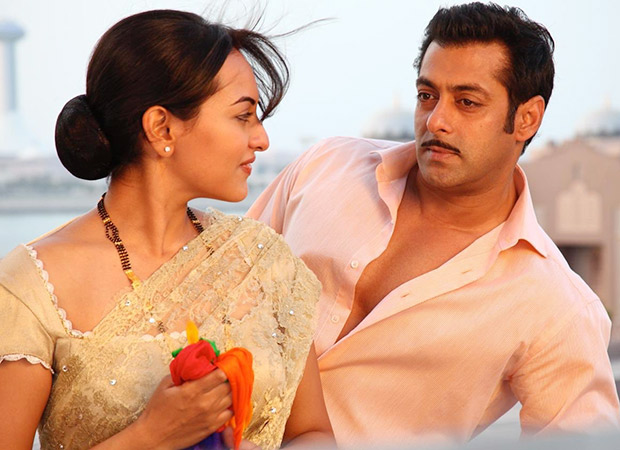 There was news doing rounds that Salman is launching Mahesh Manjrekar’s daughter in Dabangg 3 we don’t know still whether she will play a second lead in the movie. Sonakshi will have a meatier part though, it is touted.

Currently, the team is in Maheshwar and then will resume the rest of the shoot in Film City, Mumbai. The plot is going to be a cat and mouse chase between Salman and villain played by South actor Sudeep.  We will see Salman in his young and present day avatar in the movie.

Currently, Salman is busy with post production work of Bharat. He has been giving interviews and releasing posters of the movie. The trailer is supposed to be out by April 24. Salman Khan and Katrina Kaif starrer Bharat’s trailer will be out on April 24, 2019. As the film is currently one and half month away from its release, the makers want to give the audience a peek into the world of Bharat. Katrina Kaif also confirmed the news by sharing one of her looks from the film.