Salman Khan who is currently shooting the last leg of Bharat, has already signed his next projects. Soon after Bharat, Salman will start work on his home production Dabangg 3 along with Sonakshi Sinha. He also has an international tour, Da-Bangg Reloaded, coming up. Moreover, ace filmmaker Sanjay Leela Bhansali has announced a new film with him and got his fans totally excited with this collaboration. Now, SLB has mounted a love story for Salman and it is reported that the movie would go on floors soon after the Dabangg 3 schedule gets over. Meanwhile, Sooraj Barjatya who has been a mentor to Salman and has made iconic films like Hum Saath Saath Hai and Hum Aapke Hain Koun, etc had also expressed his wish to make a film with him. But with his choc-o-blocked schedule, the superstar does not have dates for Rajashri Productions. 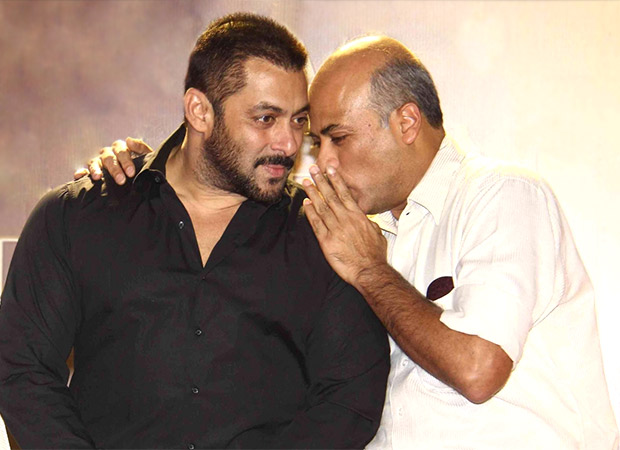 Sooraj Barjatya spoke about this to media and said that he will wait for Salman but he won’t make the film with anyone else. He said that he needs to finalise a lot of factors associated with the project and so he will take time in any case. Sooraj also leaked a few details about the plot of the film. He said that he has poured all his life experience into the project. He said that it won't be a family drama but a story about a husband and wife. Sooraj said that this movie will be made only and only for Salman Khan.

Salman’s last venture was Race 3 which bombed at the box office. He now is looking at redeeming his position in the market with a magnum opus, Bharat.

Also Read: Sanjay Leela Bhansali’s next with Salman Khan is NOT a costume drama