Salman Khan is all set and raring to go with his next release, Bharat. He has been releasing posters of the movie back to back since this week. Today, we have a sneak peek into one more avatar of his look and well, we sure are impressed with what we see! In the new poster, Salman introduces his lady love and JUNOON (passion) Katrina Kaif with an intriguing line. He tweets, “Aur phir humare zindagi mein aayi 'Madam Sir' #KatrinaKaif #BharatKaJunoon.” 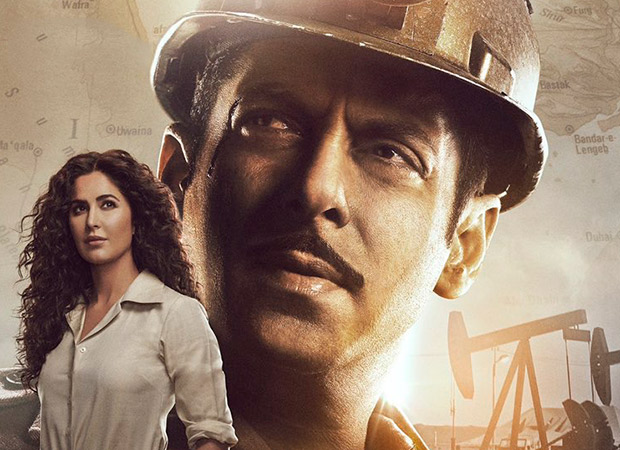 Dressed in a crisp white shirt and a formal trouser, Katrina looks HOT AF. Her big blow out curly hair is the highlight of her look and we would be interested to see what role she plays in the movie. It is clear that she might be a superior to Salman in the movie. If one looks clearly, one will see a map of Kuwait against the backdrop of Salman’s poster. He is dressed a miner in the poster and the year is 1970.

Bharat trailer is supposed to hit the screens by April 24 and till then, the makers are teasing us with different looks from the movie. The movie will rock the screen on Eid. Under Bhushan Kumar’s T-Series banner, Bharat is being helmed by Ali Abbas Zafar.