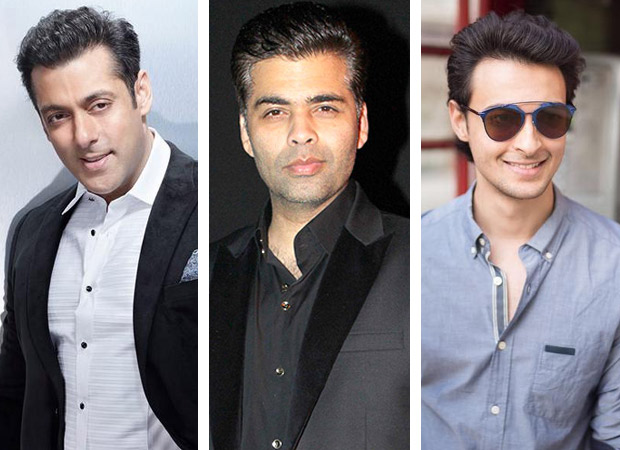 Ever since the time Aayush Sharma got married to Salman Khan’s darling sister, the talks about him being launched into Bollywood has not stopped. There were even reports about a leading production house being all set to launch the good looking Aayush Sharma one of their ventures soon.

But, a leading tabloid had ‘reportedly’ put all such rumors to rest by stating that, Aayush Sharma is now going to be launched in a big way by none other than the two of the biggest daddies of Bollywood viz. Salman Khan and Karan Johar. The tabloid also stated that a solo-film is being planned for Ayush, whose pre-production was expected to start from July this year. The said film will have Karan Johar as the director and also will be doubling up as the film’s producer along with Salman Khan’s production house. Readers may recall that, Aayush Sharma was the Assistant Director in his superstar brother in law Salman Khan’s smash hit film Sultan, the film where he reportedly got a hang of all the nuances of film making.

Although there has been no official confirmation or details about Aayush Sharma’s launchpad, you do keep watching this space for further developments.