Actor Sushant Singh Rajput passed away more than a month ago. He died by suicide on June 14 and was found hanging in his Bandra apartment. The untimely demise of the actor shook the entire nation. As Mumbai Police is currently investigating his death, Bihar Police has also started their independent investigation after an FIR for abetment to suicide was filed against Sushant's girlfriend Rhea Chakraborty and her family by Sushant's father Krishna Kumar Singh. 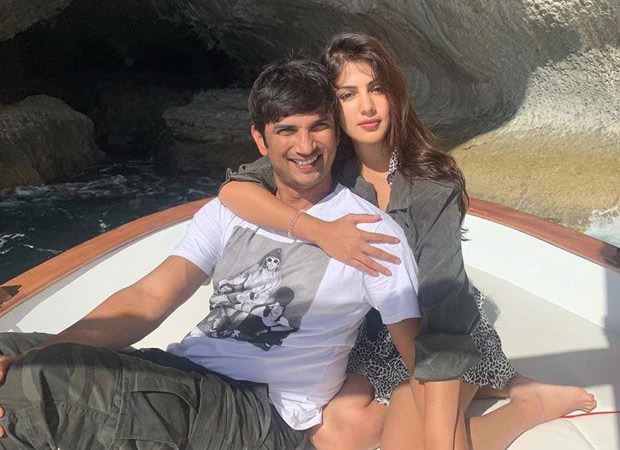 Rhea Chakraborty, in her plea to Supreme Court, said that Sushant Singh Rajput's father Krishna Kumar Singh has used his influence in order to rope her in for the death of Sushant after filing the FIR in Patna, Bihar. The petition filed by her on July 29 seeks transfer of the FIR from Patna to Mumbai where she alleged that she has been falsely implicated.

In her petition, Rhea Chakraborty revealed she was in live-in relationship with Sushant Singh Rajput since a year and upto June 8, 2020 when she temporarily shifted to her own apartment in Mumbai. The petition cited that she is in trauma since the death of Sushant and has been receiving rape and death threats continuously. It also mentioned the complaint she filed against the threats received on social media.

The petition further stated that the deceased was in depression and was on anti-depressants. Bandra Police had filed unnatural death report and the cause leading to the tragedy is currently being examined.

Rhea Chakraborty was summoned by Mumbai Police and recorded the statement under section 175 of CrpC. Some of the forensic reports are still awaited. She cited that under the section 177 of CrpC, every offence shall be inquired into and tried by the magistrate within the local jurisdiction.

She said thay there's iota of truth in the FIR filed by Sushant's father and cites that there can't be an impartial investigation in Bihar and hence, seeks transfer of probe to Mumbai.

On July 30, Lawyer Alka Priya, who filed the PIL, was told by the court to let the police to do the investigation. She stated that Sushant had done a lot of work for children and even facilitated their training at NASA and therefore, his death should be investigated by CBI. Chief Justice S Bobde told the lawyer that the case had nothing to do with whether Sushant was a good or bad person. The court dismissed the CBI probe plea.

A four team member of police left from Patna on July 28 to question Rhea Chakraborty and her family.  Mumbai Police has recorded statements of over 40 people including Aditya Chopra, Sanjay Leela Bhansali, Mahesh Bhatt, Rhea Chakraborty, among others.