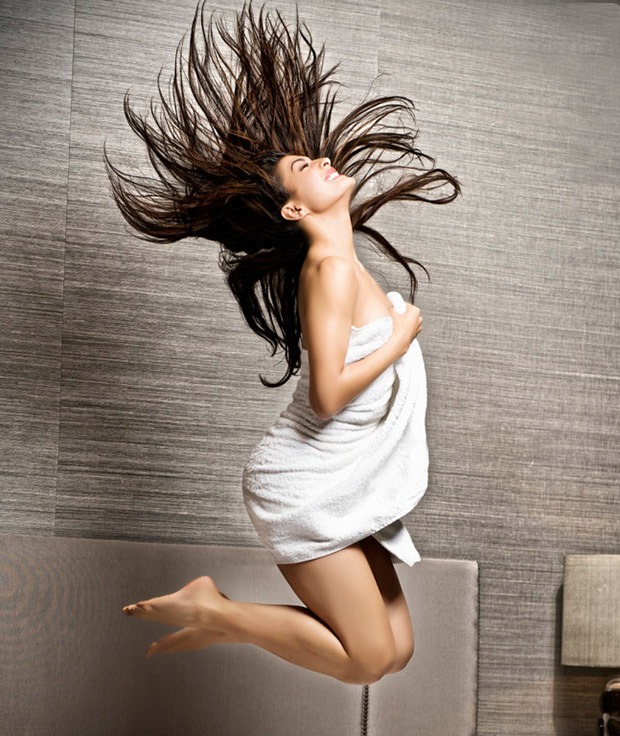 Jacqueline Fernandez has since her debut back in 2009 come a long way. The actress who was seen last in the hit film Judwaa 2 has in fact become a common name in Bollywood. With multiple hits to her credit, Jackie, as she is fondly referred to, has fast become one of the most sought after people in the industry. If that wasn’t all, the Sri Lankan beauty has also managed to conquer social networking sites with regular posts and updates. But away from social media we got to know a little bit about Jacqueline’s role in the currently under production film Drive. Sources close to the film tell us that in Drive that is being directed by Tarun Mansukhani Jacqueline will be seen sporting a bikini.

Interestingly, after Judwaa 2, wherein Jacqueline was seen sporting a bikini, Drive will see the actress sport a white floral printed one. Though details of the said sequence are being kept under wraps, we must say that just known the leggy stunner will be seeing upping the oomph quotient in the film with a bikini is certainly enough to make people watch the film.

As for the film itself, Drive is said to be an action comedy that is directed by Tarun Mansukhani and produced by Karan Johar. Starring Jacqueline Fernandez alongside Sushant Singh Rajput the film will see Jackie play a race car driver, and will hit screens in March 2018.