Shah Rukh Khan and Salman Khan will come together for a special song in Aanand L Rai directorial, Zero. The film is a story that celebrates life in which SRK will essay the role of an adorable vertically challenged man. Salman will make a cameo in a song and a glimpse was seen in the much anticipated Eid 2018 teaser this year. The two of them came together after SRK's special appearance in Tubelight. Returning the favour, Salman was generous to make an appearance. 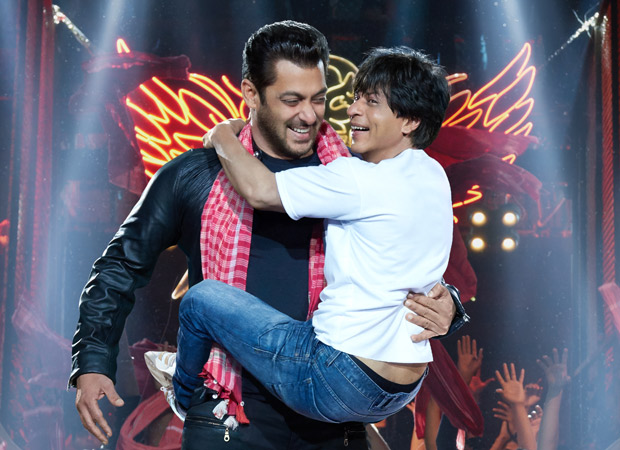 At the trailer launch on November 2, SRK talked about Salman suggesting him the film and later agreeing to do a cameo. “It’s not true that he (Aanand L Rai) asked a lot of people. Salman had actually called me and said, ‘there’s this film, do it.’ The reason he came and did that song was because of this. He wanted to be a part of the film.”

“Salman is a wonderful human being. For him to remember that a year later or months later when the film was actually being told to Katrina to come back and say ‘I want to be a part of this film because I’ve heard this film.’ It was very dignified, decent of him,” SRK added.

Zero is set to have many cameos including Salman Khan, Sridevi, Karisma Kapoor, Kajol, Madhuri Dixit, Kareena Kapoor Khan, Alia Bhatt and Rani Mukerji. It will also see Jimmy Sheirgill and Abhay Deol in guest appearances too. It is set to release on December 21, 2018.

Also Read: ZERO Vs SIMMBA - Will this BATTLE between Shah Rukh Khan and Karan Johar get UGLY?

Tomorrow X Together to croon theme song for…