It is twisty and wacky! That’s what the posters of Mental Hai Kya clearly indicated. Followed by the release of the dark yet quirky posters of Kangana Ranaut and Rajkummar Rao from the film, here is another bit of news that will leave you surprised! Amyra Dastur plays the love interest of Rajkummar. 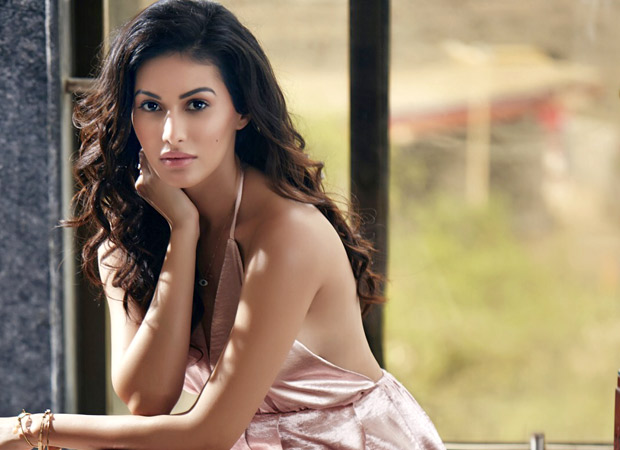 Fans of the film Queen were happy to see the lead pair of the film return in Mental Hai Kya, albeit in a different avatar. But now, it seems amongst the many twists, one is that his romantic interest lies in Amyra. Whether it later falls on Kangana or no, is something only the makers can answer as of now.

However, what we do know is that even though Amyra is not the leading lady of the film, her character is supposed to be quite crucial in the film. Sources close to the actress said, “The story was so intriguing that she [Amyra] said yes to the film right away. All her three films have been announced back to back this year putting her into the list of busiest actors of Bollywood. Amyra slowly and steadily is carving her own path which will surely take her places.”

Speaking on Amyra, we saw the actress last seen in the Saif Ali Khan, Kunal Roy Kapur starrer Kaalakaandi earlier this year. Another film in the pipeline is Leena Yadav's Rajma Chawal where she plays the rebellious love interest of Rishi Kapoor’s on-screen son. The actress has already completed the shoot of the same.

Recently it was announced that she will be playing the love interest of Ali Fazal in the remake of Telugu super hit film Prasthanam, titled as Prasthaanam in Hindi remake alongside Sanjay Dutt.

As for Mental Hai Kya, the film produced by Ekta Kapoor in association with Shailesh R Singh. It marks the Bollywood directorial debut of Prakash Kovelamudi.