Kareena Kapoor Khan is going all guns blazing promoting her film Veere Di Wedding with Sonam Kapoor, Swara Bhaskar and Shikha Talsania. She is flaunting her amaze figure with her newly cultivated abs and all! We are in awe of her really and she is at her fiery best form and we are loving every bit of Bebo right now. Stylish and sassy to boot we can’t wait for her to come on screen once more and dazzle us with her antics! She has chosen a very female driven feministic film Veere Di Wedding which has an all women cast and producers and we are quite looking forward to it. At one of the promotional events of the film she confessed to something really naughty and we are liking it. She was asked which cricketer she finds hot and she promptly took Virat Kohli’s name. Anushka Sharma are you listening? Bebo clarified that she thinks that he is really fit and that’s why she appreciates that quality about it. 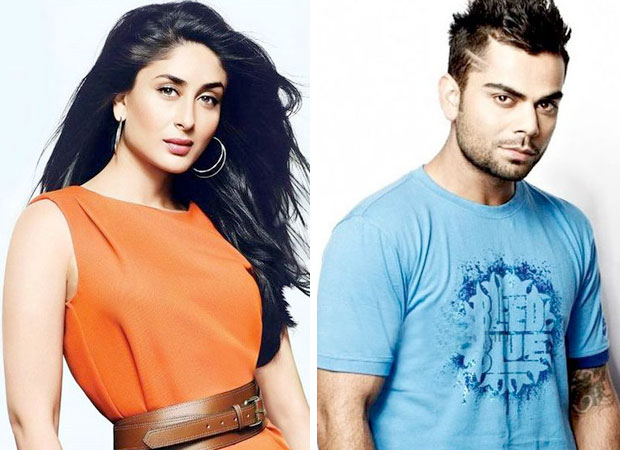 Later, she said that she prefers her Nawab over everyone and thinks he is fantastic! She later revealed that she likes Kane Williamson too and is quite enamoured by cricket as a sport.  Earlier while discussing about Taimur she had said that Saif Ali Khan wants their baby boy to become a cricketer, take his paternal grandfather Mansoor Ali Pataudi’s genes. It is either cricket or acting for Taimur, we are sure! Kareena also extensively spoke about how Saif is just superb as a parent to their baby and makes up for an ideal partner.

Kareena’s Veere Di Wedding will hit the screens on June 1 and she plays the central character in the film. Sumeet Vyas will play her fiancé.

Also Read: Kareena Kapoor Khan reveals why she was FORCED to not shoot Veere Di Wedding during pregnancy