In memory of the legend, Diego Maradona, All Stars FC and Influencers FC came together to play a friendly game of football at the Narsee Moonji ground, Mumbai. The evening witnessed football fanatic celebrities and Influencers such as Ranbir Kapoor, Ahan Shetty, Shoojit Sircar, Abhimanyu Dassani, Karan Wahi, Aditya Seal, Zaid Darbar, Viraj Ghelani and Ranveer Allahbadia among others, who were each inspired by the iconic football player and played an extraordinary match that ended in a nail-biting finish in the penalty shootout with Influencer FC coming out as champions. It was an evening to remember as stars united as they displayed not only their passion for the game, but their love and adoration for the legend that is Diego Maradona. 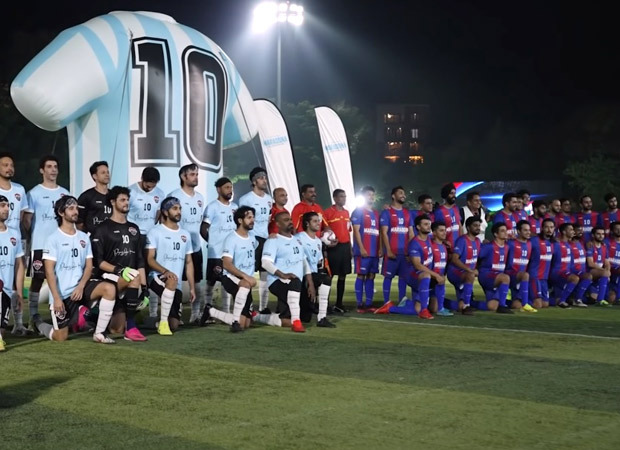 Watch the Amazon Original Series Maradona: Blessed Dream, a biopic spanning 10 episodes that follows the triumphs and challenges of the legendary football player Diego Armando Maradona, from his humble beginnings in Argentina, to his game-changing career through Barcelona and Napoli, and his role in taking his national team to win the World Cup in Mexico in ’86. The biopic is a poignant accolade to the late famous footballer, sharing their love and admiration for the player and his passion for the sport.