After several extremely successful collaborations, Zee TV and Balaji Telefilms have recently launched an exciting show about life, love, karma, and destiny. Set against the backdrop of Mumbai, Bhagya Lakshmi follows the journey of Lakshmi, a selfless girl of limited means, who despite her humble background and the curveballs life has thrown at her, always puts others’ needs before hers. The show has already impressed the audience with its intriguing storyline and relatable characters. However, looks like the audience is in for some high-octane drama with the mega revelation about Rishi’s actual love interest - Mallishka, which is played by the popular actress Maera Misshra. 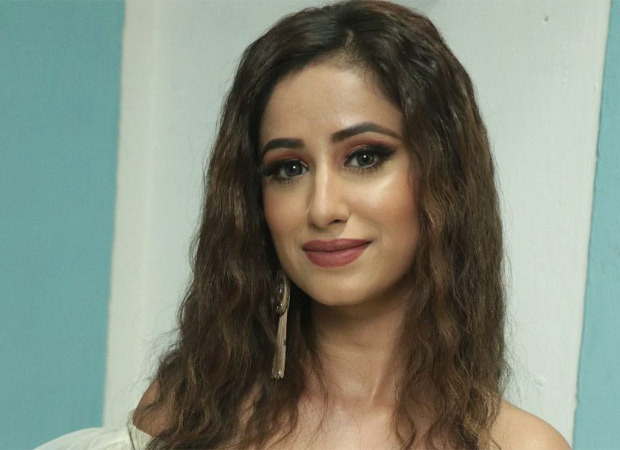 Maera is seen essaying the role of Mallishka Singh Bedi, who is the daughter of a big magazine publisher. In the earlier episodes, everyone thought that she is just Rishi’s friend, but it is now time for the big revelation, Mallishka is actually the one Rishi loves. However, Mallishka is very self-centered and likes to keep Rishi in her control. She makes him do anything she likes, according to her whims and fancies. Mallishka’s possessiveness is also something to watch out for as she will do anything to get him. With the truth coming out, many secrets of the Oberoi family will also start spilling out.

Talking about her character, Maera mentioned, "When I was offered a role in Bhagya Lakshmi, I was very excited, especially because it is a Balaji show that airs on Zee TV. It was actually one of the most out-of-the-blue calls that I’ve got in my entire life, as I was packing my bags to come to Mumbai for something else when I got a call from the Bhagya Lakshmi team, saying I was selected for this crucial role. After Guddan Tumse Na Ho Payega, this is my second show with Zee TV, and I am excited to play a grey character. I feel grey characters give me a great opportunity to explore and enhance my acting skills. In fact, even the audience doesn't care about someone playing a negative character or a positive character anymore. They don’t typecast anyone anymore and they want to see what the actor brings to the show. That enables me to show my talent in any role and I am really eager to showcase my acting prowess through the character of Mallishka. To be honest, I am nothing like Mallishka, so it is a challenge in itself. I hope everyone supports me and showers me with love and blessings like always."

Talking about her co-stars, Maera adds, "They are absolutely amazing. I remember the first day of my shoot, they all welcomed me very warmly. I already knew Rohit and Aishwarya is such a sweet girl, we all bonded very well on the first day itself. Working with Smita Ji, Uday Ji and the production team has been a wonderful experience as well, everyone is so warm and nice that I don't feel like I am away from home while I am on set."

With the revelation of the other woman in Rishi’s life coming to the fore, what will Lakshmi do? What else is written in Lakshmi’s Bhagya?