Nickyanka fans will be thrilled to see that their favourite couple, Priyanka Chopra and Nick Jonas will have a love filled New Year this year. If reports are to be believed, the couple has decided to take off on their honeymoon by the end of this month after wrapping up their wedding celebrations and also immediate work commitments. 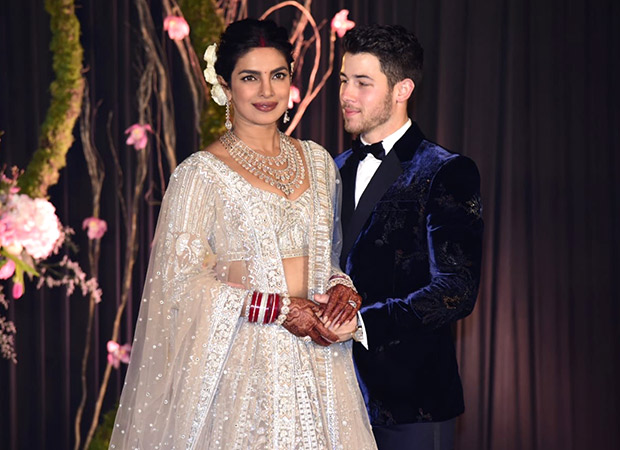 Fans of the couple would be aware that just a day ago, Priyanka Chopra and Nick Jonas hosted a reception in Delhi for the actress’ family and close ones. It saw many biggies including politicians and our honourable Prime Minister Narendra Modi in attendance. On the other hand, a reception in Mumbai too is on the cards. However, details of the same are yet to be decided. Coming to the honeymoon of the couple, we hear that they will be taking off on December 27.

It is being said in reports that the couple will fly to an exotic location by the end of December and will return on January 7. No further details on their honeymoon plan have been divulged as yet. This is expected to be a short break before Priyanka Chopra resumes work. Before that, Priyanka is supposed to wrap up a few brand endorsements in Mumbai. And after returning from her honeymoon, she will be resuming shoot in Ahmedabad for her next.

Also, in recent reports, it has been mentioned that another long holiday is on the cards for Priyanka Chopra and Nick Jonas. It seems that once they finish off all their work commitments, they will take off for a long trip in 2019. But once again details of the same under wraps.

On the work front, Priyanka Chopra was shooting for The Sky Is Pink and has taken a break from the same to tie the knot with Nick Jonas. The couple tied the knot in a big fat Indian wedding style in a Christian and Hindu ceremony earlier this weekend at Umaid Bhavan in Jodhpur.

Also Read: Priyanka Chopra called out for her HYPOCRISY, gets questioned for display of FIREWORKS at her wedding with Nick Jonas