Considering that Ananya Panday met up with her mentor Karan Johar during her recent stint on Koffee With Karan 7, there were many skeletons tumbling out of the closet. It seems that the filmmaker knew a lot about his ‘student of the year’ and even sort of quipped some interesting anecdotes about her life. While the Liger actress smartly dodged questions about her own life, we can’t say the same about her candidness regarding other people’s love lives, especially about the much talked about couple Sidharth Malhotra and Kiara Advani. 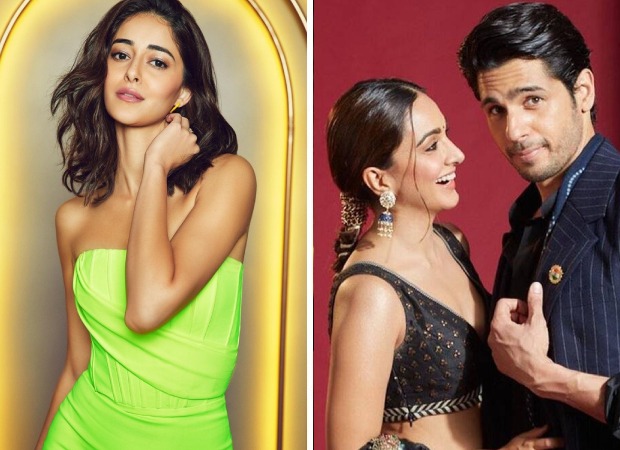 The Rapid Fire round may have started with the politically correct Ananya Panday giving answers but as it proceeded, the momentum definitely picked up and during the last few sections, we got to see the actress being her candid self while responding. The last segment of her Rapid Fire round involved her revealing the relationship status of the given celebrities. It started off with Vijay Deverakonda and Ananya’s response was, “Feels like he is in a rush to meet Mika Singh”, making a reference to the Swayamvar that the musician had recently participated in. The actress made the comment after seeing the popularity of her Liger co-star on the show.

Followed by that, she was asked about Tiger Shroff to which the actress wittily answered with a hint towards Disha Patani adding, ”He knows his Disha. His directions are quite clear.” When asked about Janhvi Kapoor, the Gehraiyaan actress maintained, “she is a single pringle.” Finally when he questioned about Kiara Advani, Ananya Panday referred to the song she featured with Sidharth Malhotra saying, “Her raatans are very lambiyan” When Karan prodded further by asking who is her 'Ranjha', Ananya just hissed. But Karan completed her sentence adding, ‘Wake Up Sid’, to which Ananya nodded in agreement.

On the other hand, speaking about her own love life, Ananya Panday maintained extreme secrecy. While she neither confirmed nor denied her past relationship with Khaali Peeli star Ishaan Khatter, when asked about Aditya Roy Kapur, she clearly maintained the ‘cliched’ neutral stand of ‘we are just good friends’.

Also Read: Koffee With Karan 7: Vijay Deverakonda confesses that he has had sex in a car; responds to Karan Johar’s question by saying, ‘desperate times’