Netflix’s upcoming fictionalized series Masaba Masaba follows the journey of celebrity fashion designer Masaba Gupta, as she navigates through love, life, career, family, and friendships. Giving viewers a sneak peek into the world of Masaba and her actress mother, Neena Gupta, the series is all set to hit the service soon. Joining the mother-daughter duo are a few surprise special appearances, including none other than the glamorous Kiara Advani. Stepping into a fun, quirky role, Kiara definitely stands out in the series. 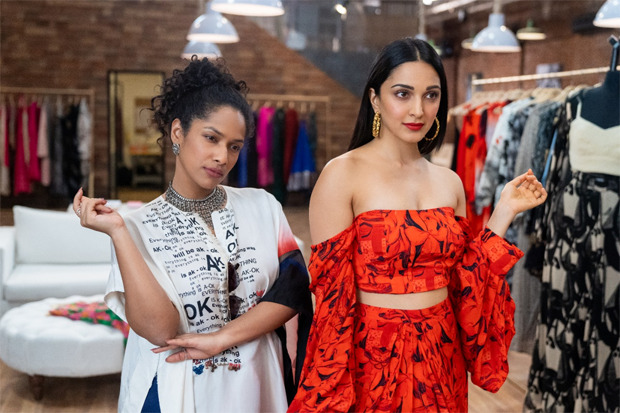 Kiara plays the role of an actress who Masaba dresses for an upcoming event. The exchange that takes place at Masaba’s store is nothing short of hilarious. Watch out for this scene in the series!

Commenting on the same, Kiara said, “Ashvini told me the concept when she was developing the show, I thought it was very unique, so when she asked if I would do a fun cameo I was more than happy as I get to play a self-obsessed version of myself, it’s like doing a spoof on yourself.. Masaba is a super chilled out girl and I can’t wait to watch the series.”

Written and directed by Sonam Nair and produced by Ashvini Yardi’s Viniyard Films, this lean-back, fun series is set to grab some eyeballs!